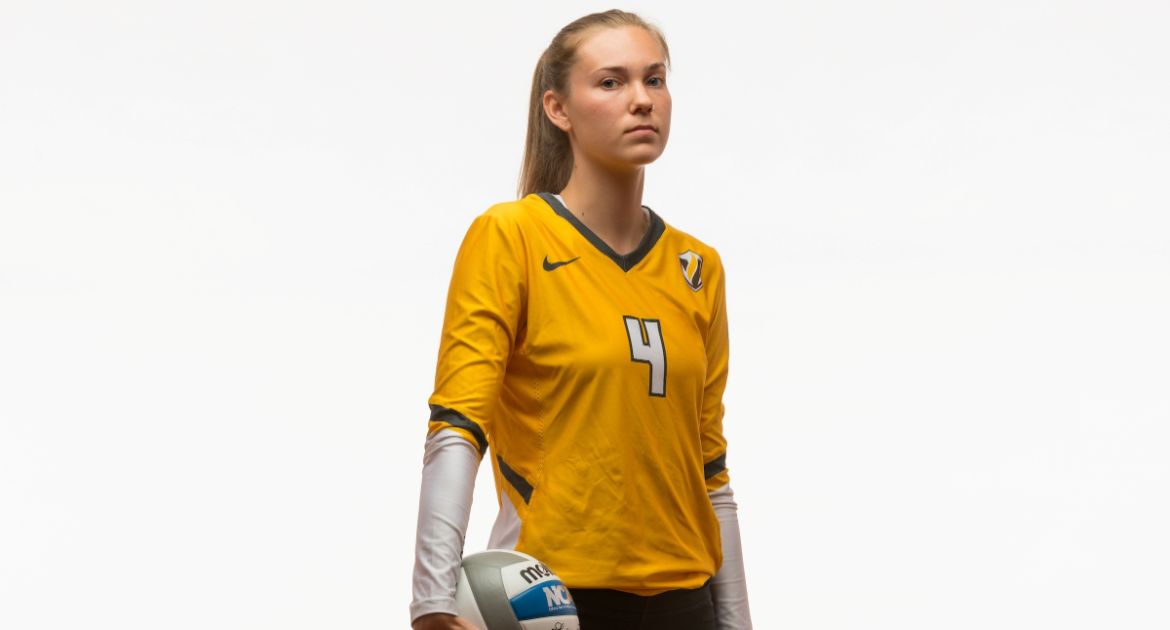 This Week in Valpo Volleyball: The Valpo volleyball team heads to Brookings, S.D. this weekend for its final early-season tournament of the 2019 campaign, as it takes part in South Dakota State’s Jackrabbit Invitational. Valpo will kick off tournament play against the hosts before taking on Kansas City and Milwaukee. The Brown and Gold then close out non-conference play on Tuesday with a mid-week rematch at Milwaukee.

Looking Ahead: Valpo opens up MVC action next Friday, Sept. 27 with its second trip to Chicago this year, taking on Loyola. The home slate then opens up Monday, Sept. 30 versus defending conference champion UNI.

Following the Action: A pay video stream will be available for the match against South Dakota State, while the Tuesday match at Milwaukee will be broadcast live on ESPN3. Live stats for all four matches will be available via ValpoAthletics.com.

Head Coach Carin Avery: In her 18th season as head coach at Valparaiso, Carin Avery has won 402 matches (402-184, .686) at the helm of the Crusaders and has led Valpo to three league regular season and tournament titles, as well as three NCAA Tournament appearances. A two-time league Coach of the Year, Avery has coached 59 All-League recipients over her tenure at Valpo. She is Valpo’s all-time leader in both victories and winning percentage, and owns a 457-208 (.687) record overall as a head coach.

Series History: South Dakota State - Valpo owns a 4-2 advantage in the all-time series with SDSU, and this marks Valpo’s second trip to the Jackrabbit Invitational in the last three seasons. Valpo swept the Jackrabbits in the most recent meeting on Sept. 2, 2017, highlighted by nine kills on .471 hitting from Ally Cummings.

Kansas City - Former Mid-Continent Conference opponents, Valpo holds a 22-8 advantage in the all-time series over the Roos. The two squads have met just once since Valpo left the Mid-Con - a 3-1 victory for Valpo on Sept. 5, 2014 in Brookings at that year’s iteration of the Jackrabbit Invitational.

Milwaukee - Former Horizon League rivals, the Panthers lead the all-time series over Valpo, 26-18. The two sides met regularly in the league tournament, battling seven times in Valpo’s 10 seasons as a league member, with Milwaukee holding a narrow 4-3 edge in those matchups.

Bulmahn Earns Accolade: Junior Jaclyn Bulmahn received the first All-Tournament Team honor of her career last weekend at the DePaul Invitational. Bulmahn averaged 3.00 kills/set on .258 hitting – both team-high marks – over the course of the three matches. She opeend the weekend with a team-high 10 kills in the win over Holy Cross, matched her then-career best with 11 kills and set a career high with five blocks against Central Michigan, and closed out the tournament with a career-high 12 kills on .480 hitting against DePaul.

Anderson Hits Milestone: The third set of the tournament finale last weekend against DePaul saw junior setter Brittany Anderson reach the 3,000-assist mark for her career. Anderson needed just 81 matches to hit the milestone and became just the sixth player in program history to have dished out at least 3,000 assists in a career. Anderson enters this weekend just 55 assists away from cracking the program’s career top-five in the category.

Avery Reaches 400: Valpo head coach Carin Avery hit another milestone in her distinguished career on Aug. 31, picking up her 400th win at the helm of the Valpo program as Valpo closed its first weekend of action with a win against IUPUI. Early in her 18th season as head coach at Valpo, Avery is far and away Valpo’s all-time leader in victories, as second place has just 92 wins. In fact, Avery has more wins in her time at Valpo than all of the program’s other head coaches combined (301).