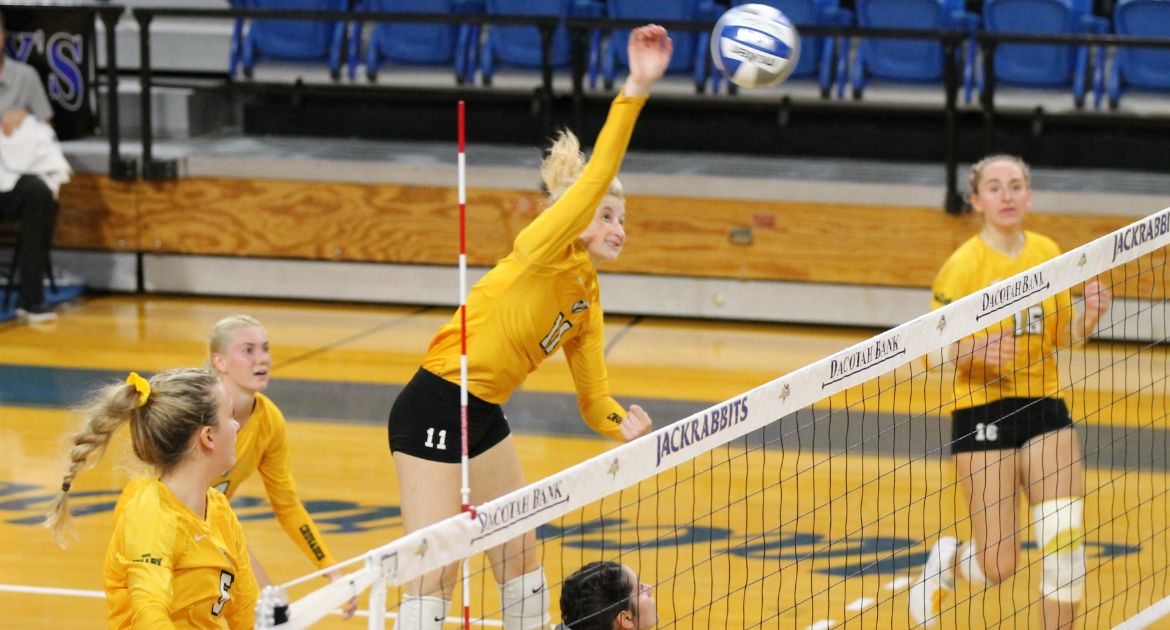 The Valpo volleyball team closed action at the Jackrabbit Invitational in Brookings, S.D. on Saturday morning, falling to tournament champion Milwaukee by a 3-0 (25-18, 25-21, 25-17) final.

Valpo (5-8) faces a rarity on Tuesday, as not only will it face a non-conference opponent for the second time within a season, but it will face an opponent for a second straight match, as the Crusaders make the trip up I-94 to Milwaukee. First serve is slated for 6 p.m., and the match can be seen live on ESPN3.