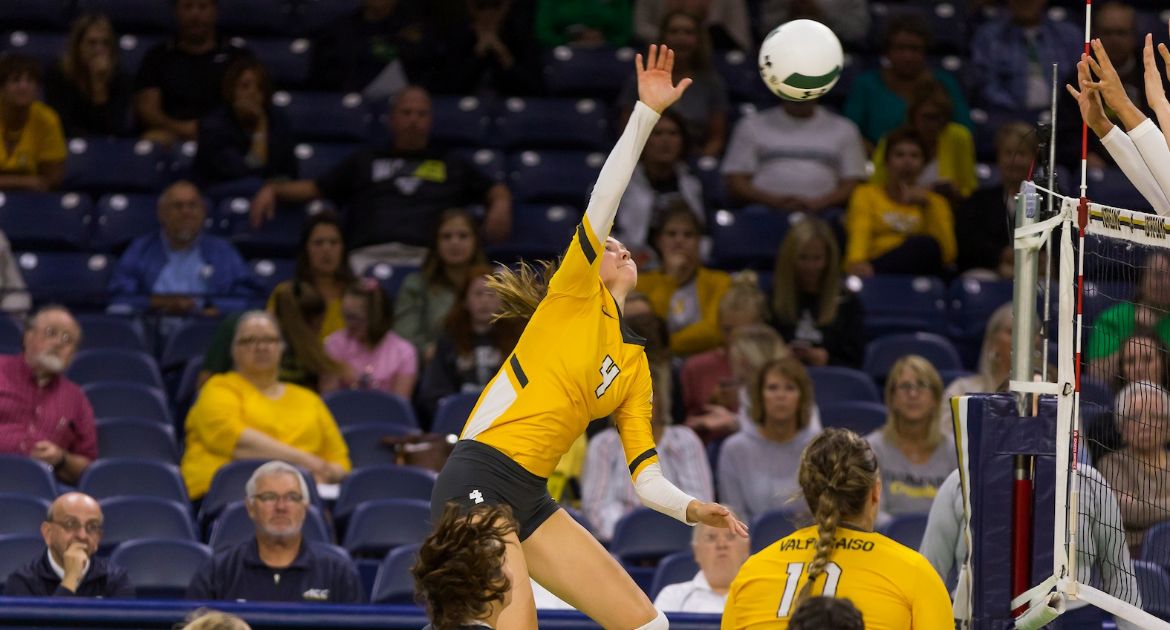 The Valpo volleyball team opened Missouri Valley Conference play with its shortest road trip of the conference slate Friday evening, but was unable to return from Chicago victorious, as host Loyola earned a 3-0 (25-12, 25-17, 25-22) victory.

Valpo (5-10, 0-1 MVC) opens the home schedule on Monday evening as it hosts UNI. The match will serve as the program’s pediatric cancer awareness match, and for those who can’t make it to the ARC for the 6 p.m. first serve, it can be seen live on ESPN+.