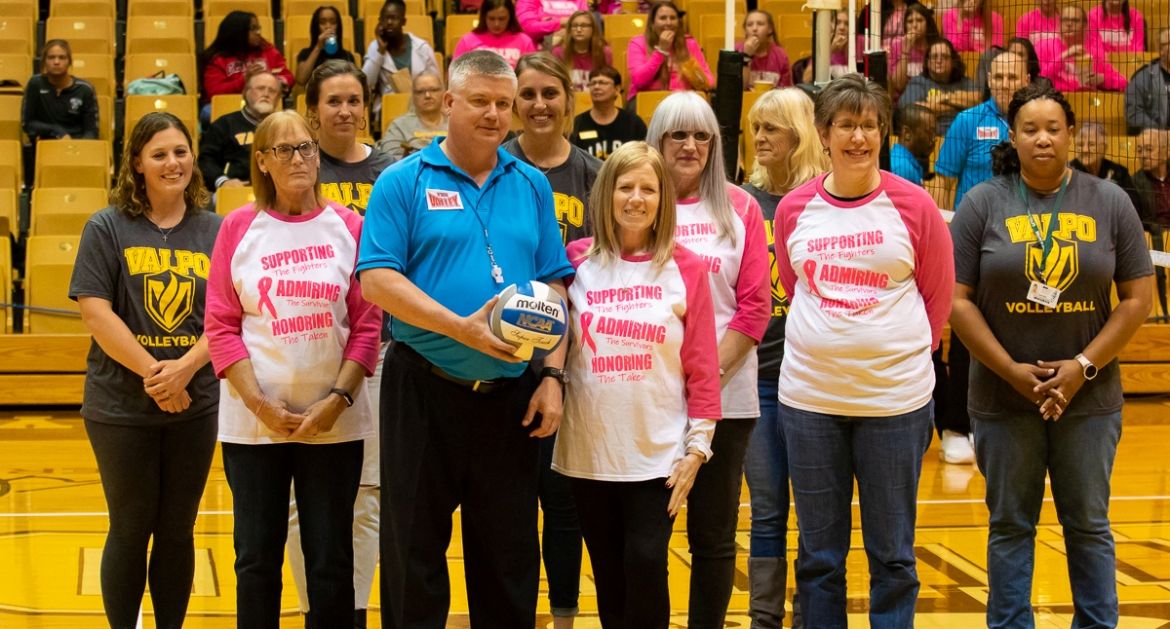 The Valpo volleyball team took the first two sets with ease and then rallied late in a tight third set to earn the 3-0 (25-17, 25-21, 28-26) sweep of Missouri State in MVC action Friday night at the ARC. The match served as Valpo’s annual Pink Match for breast cancer awareness, with Valpo associate director of athletics and director of recreational sports Rin Seibert the night’s special guest of honor.

Valpo (7-12, 2-3 MVC) looks for a perfect home weekend Saturday evening as it hosts Southern Illinois at 5 p.m. The match can be seen live on ESPN+.