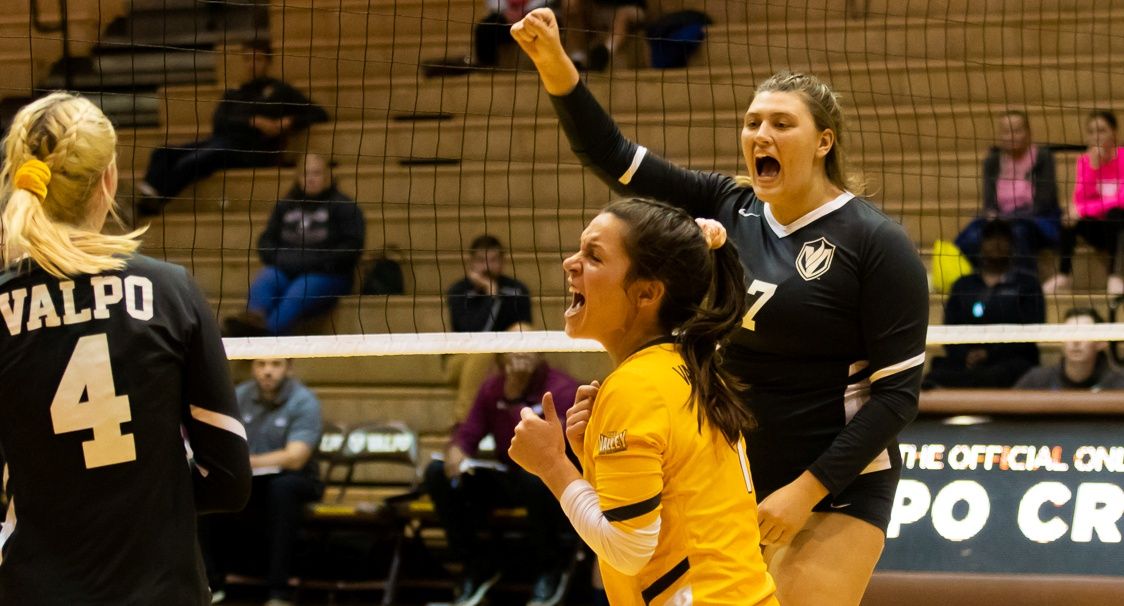 Thrilling late-set runs gave the Valpo volleyball team a two-set advantage over visiting Southern Illinois Saturday evening at the ARC, and Valpo would close out its third consecutive sweep as it downed the Salukis 3-0 (25-17, 25-19, 25-19).

Valpo (8-12, 3-3 MVC) returns to road action next weekend with the Bradley/Illinois State road swing, starting at Bradley Friday evening at 6 p.m. Both matches next weekend will be carried on ESPN3.