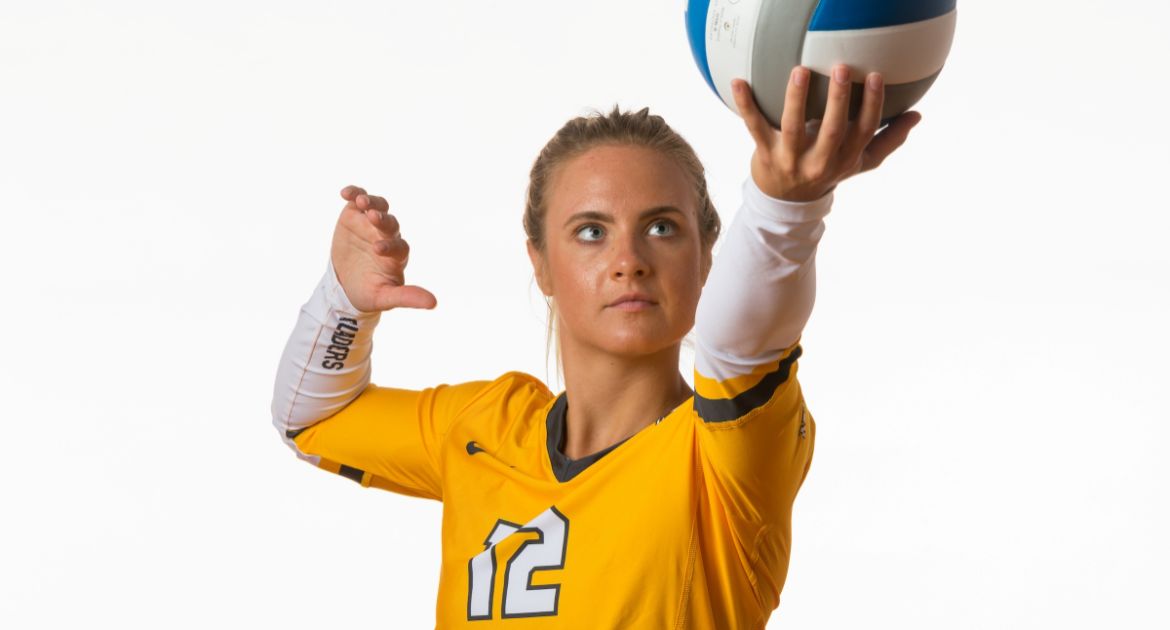 This Week in Valpo Volleyball: The Valpo volleyball team puts its three-match winning streak on the line this weekend with the road trip to the Central Illinois schools. Valpo opens the weekend Friday night at Bradley before taking on Illinois State on Saturday evening.

Previously: Valpo took care of both of its opponents in short order last weekend at the ARC, sweeping both Missouri State and Southern Illinois in straight sets in MVC action. Peyton McCarthy led all players in kills in both matches, hitting .439 on 3.83 kills/set.

Looking Ahead: Valpo kicks off a four-match homestand next weekend with a lone match against travel partner Loyola on Friday night, Oct. 25.

Head Coach Carin Avery: In her 18th season as head coach at Valparaiso, Carin Avery has won 406 matches (406-190, .681) at the helm of the Crusaders and has led Valpo to three league regular season and tournament titles, as well as three NCAA Tournament appearances. A two-time league Coach of the Year, Avery has coached 59 All-League recipients over her tenure at Valpo. She is Valpo’s all-time leader in both victories and winning percentage, and owns a 461-214 (.683) record overall as a head coach.

Series History: Bradley - Valpo and Bradley have split 18 meetings all-time, with both squads winning nine matches. The two teams hold a 2-2 record against each other since Valpo joined the MVC, as the Brown and Gold won both meetings in 2017 before the Braves earned a 3-0 win in Peoria and a 3-2 win at the ARC last year. Coach Avery owns a 5-2 record in her career versus Bradley.

Illinois State - Valpo is just 2-7 all-time against the Redbirds, and Illinois State has won all five meetings in the series over the last two years since Valpo joined the MVC. Last season, Illinois State earned 3-1 victories in both matchups.

Scouting the Opposition: Bradley - The Braves enter Friday at 8-9 overall and one game ahead of Valpo at 4-2 in MVC play. Hannah Thompson leads Bradley both offensively (3.25 kills/set, .209) and in the back line (4.81 digs/set), while Emma Raleigh is the reigning MVC Defensive Player of the Week after averaging 8.75 digs/set last weekend.

Illinois State - The Redbirds enter the weekend at 11-7 overall and 4-2 in MVC action, with a Friday night matchup against Loyola prior to the Valpo contest Saturday. Illinois State won both of its matches last weekend, including a five-set victory at UNI. Kaylee Martin leads the Redbirds and ranks fifth in the MVC with 4.01 kills/set, while Stef Jankiewicz ranks second in the Valley with 10.73 assists/set. Defensively, Sydney Holt paces the conference with 1.15 blocks/set.

Digging Deep: Each of the last two years has seen Valpo lead the nation in a digs category. Valpo led Division I in 2017 in digs/set nearly all season long, ending the year averaging 20.03 digs/set to lead the nation. Valpo’s 2017 campaign was only the second since the move to 25-point rally scoring in 2008 where a team averaged at least 20 digs/set, coming in behind only Penn’s 2012 season. Then last year, Valpo posted 2,613 digs to lead the country in total digs, setting not only a Valpo single-season record, but a Division I record in the 25-point rally scoring era. The Crusaders have a long tradition of strong defensive play, as they have ranked among the top-20 nationally in digs/set in each of the last nine seasons - including a sixth-place placement in 2015 and a fourth-place finish in 2010 in addition to 2017’s statistical championship. This year’s team currently ranks 23rd nationally with 17.07 digs/set, with junior libero Rylee Cookerly ranking 30th individually.

Peyton’s Place: Junior Peyton McCarthy, as she’s done a good bit of the season, led Valpo offensively in both matches as it rolled to a pair of sweeps last weekend. She led all players with 11 kills on Friday in a 3-0 win over Missouri State, adding three blocks. She then had the most efficient offensive performance of her career in a 3-0 win over SIU, racking up 12 kills on just 19 swings without committing an error. Her .632 hitting percentage was a career best and a Valpo season best, as well as the second-best effort in MVC play to date this season. Overall, McCarthy leads Valpo with 2.94 kills/set this year and is hitting .284, good for seventh in the Valley.

Stellar Defensive Efforts: Valpo entered last weekend having limited just one of its first 18 opponents of the season to under .100 hitting, but did just that in both of the weekend’s sweeps. The Crusaders opened by limiting Missouri State to .068 hitting, the lowest clip by a Valpo opponent since the Brown and Gold held Drake to .041 hitting on Sept. 28 of last season. Then, Valpo capped the weekend by holding Southern Illinois to .078 hitting in Saturday’s sweep.

Sweeps Upon Sweeps: Saturday’s sweep over Southern Illinois was not only Valpo’s third consecutive win to move back to .500 in MVC play, but also its third straight sweep dating back to last Saturday at Indiana State. This marks just the second time in the last four years that Valpo has swept three consecutive conference opponents. Last season, the Crusaders picked up four straight sweeps against MVC foes Sept. 21-28.

Hart Back in the Middle: Sophomore Haley Hart only appeared in three of Valpo’s first 15 matches to start the season, but the middle has started all five of Valpo’s MVC contests to date and has been a strong presence. Thus far in MVC play, Hart is averaging 2.29 kills/set on a team-best .317 hitting and also leads Valpo with 1.06 blocks/set. After reaching double figures in kills just twice last season, Hart has tallied 10 or more kills in three of Valpo’s last four matches, including a season-high tying 11 kills Saturday on .429 hitting in the win over SIU.

Cookerly Keeps Cooking: Junior libero Rylee Cookerly continues to pace the Valpo effort in the back row, leading all players in both matches last weekend with 19 digs against Missouri State and 21 digs versus Southern Illinois - the third time in the last four matches she has surpassed 20 digs. Cookerly not only ranks among the top-30 in the nation in digs/set this year, she currently ranks third nationally among active Division I players in career digs/set (5.33) and is 17th among active players in career digs (1,774) - the only junior among the top-30 in the latter category.