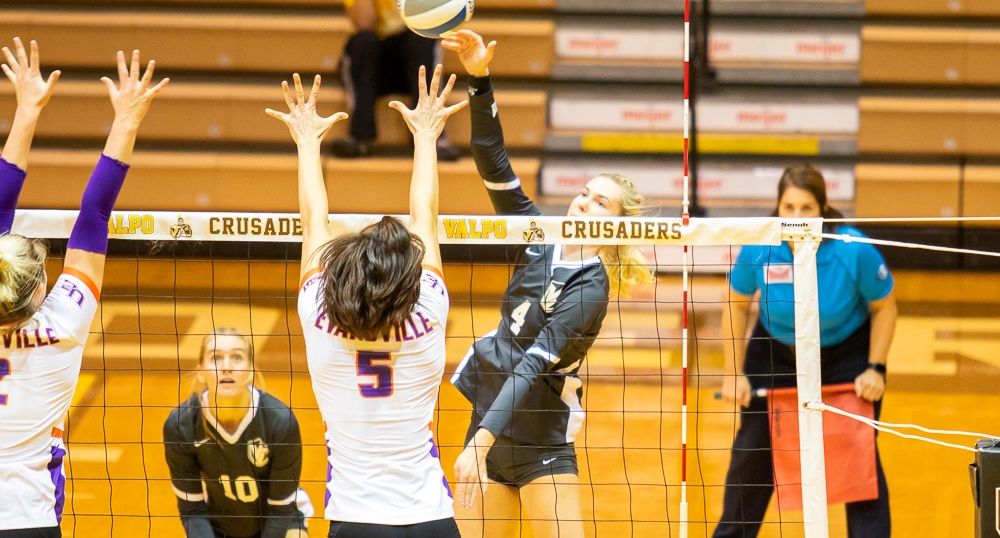 The Valpo volleyball team enjoyed easily its best offensive performance of the season Saturday evening at the ARC, attacking at a season-best .331 clip in a 3-0 (25-18, 25-19, 25-10) sweep of Evansville to complete a perfect weekend at home.

Valpo (10-16, 5-7 MVC) heads back on the road next weekend for a key pair of matches in MVC play as teams battle for standings position. The weekend kicks off on Friday, Nov. 8 at Southern Illinois.