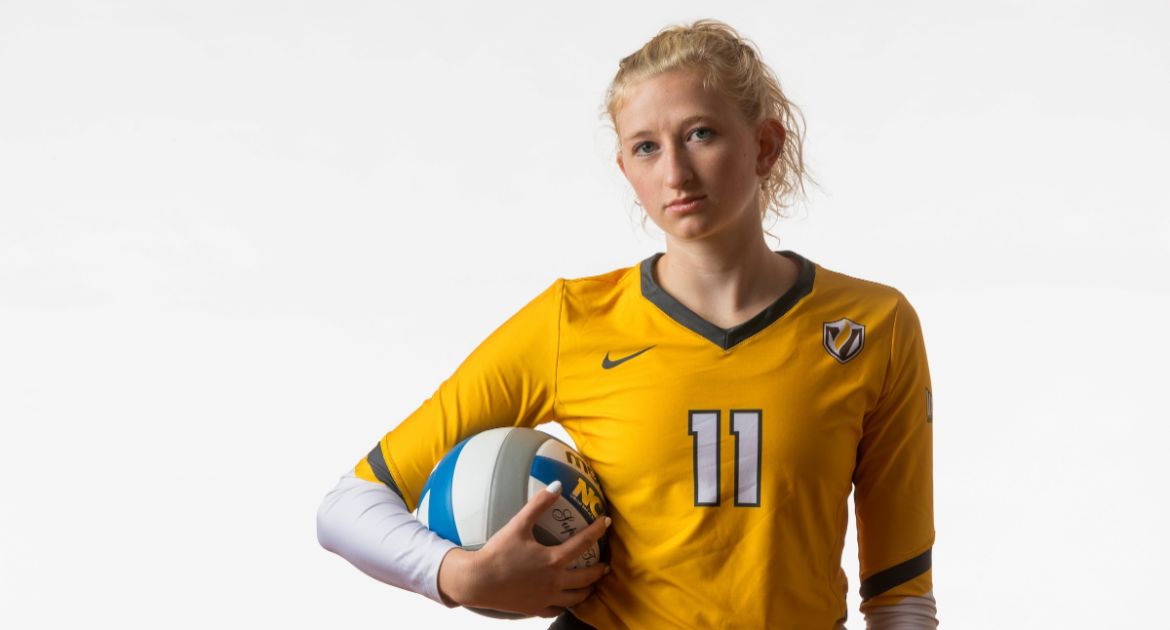 This Week in Valpo Volleyball: The Valpo volleyball team embarks on the longest trip of the conference schedule this weekend, swinging down to Southern Illinois Friday night and Missouri State Saturday evening. This weekend will prove key for postseason hopes, as Valpo and both of its opponents are currently part of a four-way tie for fifth place in the wins column in the MVC standings.

Previously: Valpo posted a perfect weekend at the ARC to open November, sweeping both of its in-state foes in Indiana State and Evansville to improve to 5-7 in MVC play. Junior Rylee Cookerly was tabbed the MVC Defensive Player of the Week following the weekend’s action.

Looking Ahead: Valpo returns home for the final time in the regular season next weekend as it hosts Illinois State and Bradley at the ARC.

Head Coach Carin Avery: In her 18th season as head coach at Valparaiso, Carin Avery has won 408 matches (408-194, .678) at the helm of the Crusaders and has led Valpo to three league regular season and tournament titles, as well as three NCAA Tournament appearances. A two-time league Coach of the Year, Avery has coached 59 All-League recipients over her tenure at Valpo. She is Valpo’s all-time leader in both victories and winning percentage, and owns a 463-218 (.680) record overall as a head coach.

Series History: Southern Illinois - Valpo and SIU have split eight meetings all-time, with Valpo enjoying the recent edge. The Brown and Gold are 4-1 against the Salukis since joining the MVC, including two wins last year and a 3-0 sweep in the initial meeting this season. Peyton McCarthy hit .632 with a match-high 12 kills in that win, while Rylee Cookerly picked up a match-best 21 digs.

Missouri State - The Bears hold a 5-3 advantage in the all-time series over Valpo, but the three Valpo wins have come in the teams’ last three matchups, including a win in MVC Tournament play last year and a three-set sweep earlier this season. Valpo limited Missouri State to .068 hitting in that matchup this year, thanks in part to a match-high 19 digs from Cookerly.

Scouting the Opposition: Southern Illinois - The Salukis enter Friday night’s match at 13-14 overall and 5-8 in MVC play, most recently splitting a road trip in Iowa last weekend. Hannah Becker has stepped up her offensive performance for SIU in conference, averaging 3.44 kills/set on .262 hitting. Laura Rojas is posting 5.18 digs/set within MVC play.

Missouri State - The Bears enter the weekend at 8-19 overall and 5-8 in MVC play, having had a three-match winning streak snapped at UNI last time out. MSU takes on Loyola Friday night prior to Valpo’s visit on Saturday. Laynie Dake paces the Bears in total kills, while Amelia Flynn leads the way with 2.93 kills/set. Azyah Green leads the MSU defense, having tallied 100 total blocks this year.

Digging Deep: Each of the last two years has seen Valpo lead the nation in a digs category. Valpo led Division I in 2017 in digs/set nearly all season long, ending the year averaging 20.03 digs/set to lead the nation. Valpo’s 2017 campaign was only the second since the move to 25-point rally scoring in 2008 where a team averaged at least 20 digs/set. Then last year, Valpo posted 2,613 digs to lead the country in total digs, setting not only a Valpo single-season record, but a Division I record in the 25-point rally scoring era. The Crusaders have a long tradition of strong defensive play, as they have ranked among the top-20 nationally in digs/set in each of the last nine seasons - including a sixth-place placement in 2015 and a fourth-place finish in 2010 in addition to 2017’s statistical championship. This year’s team currently ranks 23rd nationally with 17.25 digs/set, with junior libero Rylee Cookerly ranking 22nd individually.

Cookerly Earns Accolade: Junior libero Rylee Cookerly continued her strong recent play last week and earned recognition from the conference office, picking up the MVC Defensive Player of the Week award. Cookerly opened the week with a match-high 36 digs in a five-set match against Drake - the second-best effort of her career and tied for third in a five-set match in the 25-point era in the Valpo record book. The junior followed with a team-best 16 digs versus Indiana State, and closed the week with a match-high 17 digs against Evansville. On the week, Cookerly averaged 6.27 digs/set over the three matches and didn’t commit a serve reception error while helping to limit Valpo’s opponents to .128 hitting. In addition, in the win over Evansville on Saturday, Cookerly moved into fifth place in program history in career digs and enters this week with 1,898 career digs. Cookerly currently ranks fifht nationally among active Division I players in career digs/set (5.35) and is 15th among active players in career digs - the only junior among the top-25 in the latter category. In fact, only two other juniors nationally are even within 400 digs of Cookerly’s career total.

Three and Done: Fans at the ARC got a swift 80 minutes of action before heading home happy twice last weekend, as Valpo took care of both Indiana State and Evansville in straight sets. That has been the norm this year in conference play, as nine of Valpo’s 12 MVC matches to date have ended in the minimum three sets. All five of the Crusaders’ Valley wins have been three-set sweeps, and in fact, you have to go back to a 3-1 win over Holy Cross on Sept. 13 to find Valpo’s last win that went beyond three frames.

Leading On Both Fronts: After averaging 2.91 kills/set and a team-high 1.64 blocks/set last week, junior Peyton McCarthy is leading Valpo on both sides of the ball this year with 263 kills and 80 blocks. She is on pace to be the first Valpo player to lead the squad in both kills and blocks since Ellen Vanden Berg tallied 319 kills and 144 blocks in 2012.

Top Offensive Performance: Valpo finished Saturday night’s sweep of Evansville hitting .331, as the Brown and Gold tallied 48 kills against just nine attack errors. Valpo’s .331 clip was its best of the season by 86 points, and was the best single-match effort since hitting .356 against Western Illinois on Sept. 15, 2018. The .331 hitting percentage was also Valpo’s best effort in an MVC match since joining the conference prior to the 2017 season. Both of Valpo’s outsides hit better than .400, as Jillie Grant posted 13 kills on just 28 swings (.464) and Jaclyn Bulmahn finished with 11 kills on just 21 swings (.429). Valpo also smashed its previous high for hitting percentage in a single set this year with its third-set performance against the Purple Aces, hitting .481 (14-1-27). Brittany Anderson handed out 36 assists in the victory and now owns 3,518 career assists - just 25 away from moving into fourth in program history.