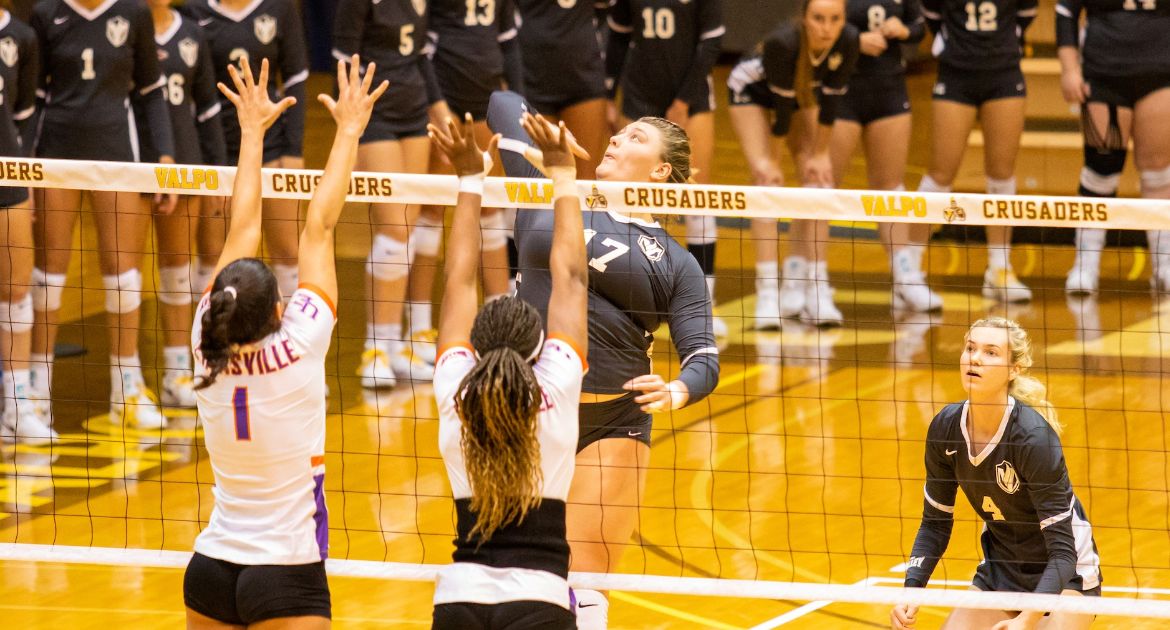 No player in Valpo volleyball history has combined prolificacy and efficiency on the attack in a single match as well as junior middle hitter Peyton McCarthy (Cincinnati, Ohio/Seton) did in a career performance Friday night at Southern Illinois, as Valpo rallied for a key 3-2 (25-21, 23-25, 17-25, 25-12, 15-11) victory over the Salukis.

Valpo (11-16, 6-7 MVC) turns around for the back end of a tough road trip, facing another key battle in the conference standings on Saturday as it plays at Missouri State. First serve is slated for 5 p.m., and the match can be seen live on ESPN+.