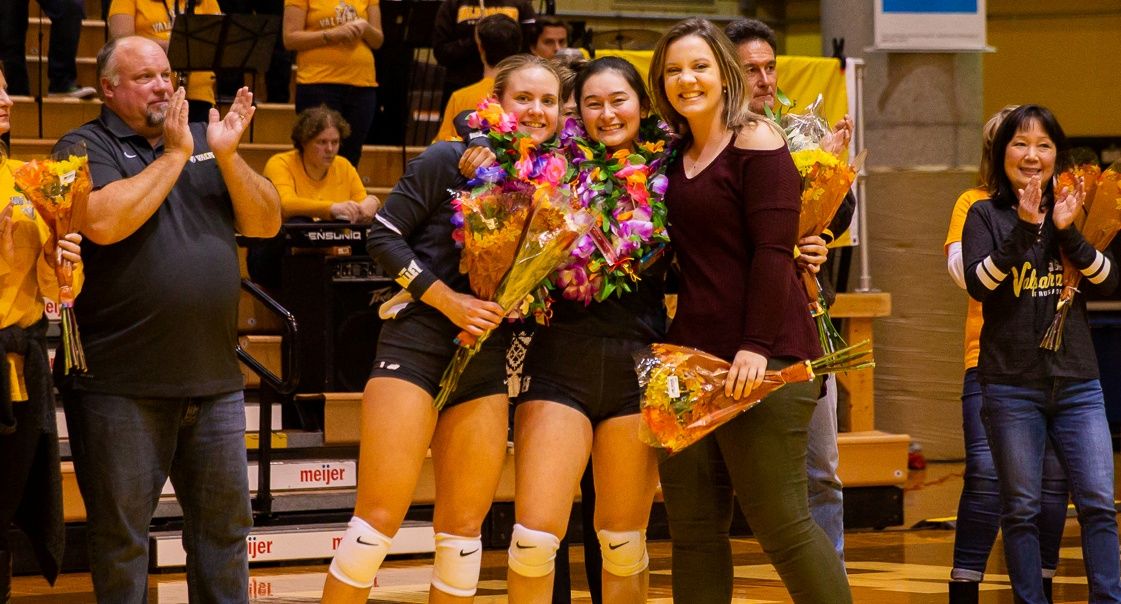 The Valpo volleyball team made sure that seniors Alana Brown (Napa, Calif./Vintage) and Brooke Westphal (Michigan City, Ind./Michigan City [Arizona St./South Florida St.]) would depart the ARC winners in the final home match of their collegiate careers Saturday evening, as Valpo dominated throughout in a 3-0 (25-15, 25-22, 25-19) sweep of Bradley. In the third set of the win, junior libero Rylee Cookerly (Brownsburg, Ind./Brownsburg) surpassed the 2,000-career dig milestone.

Valpo (12-18, 7-9 MVC) hits the road for the final weekend of regular season play, heading to Iowa. The weekend opens at Drake on Friday night at 6 p.m. in a match which can be seen live on ESPN+.