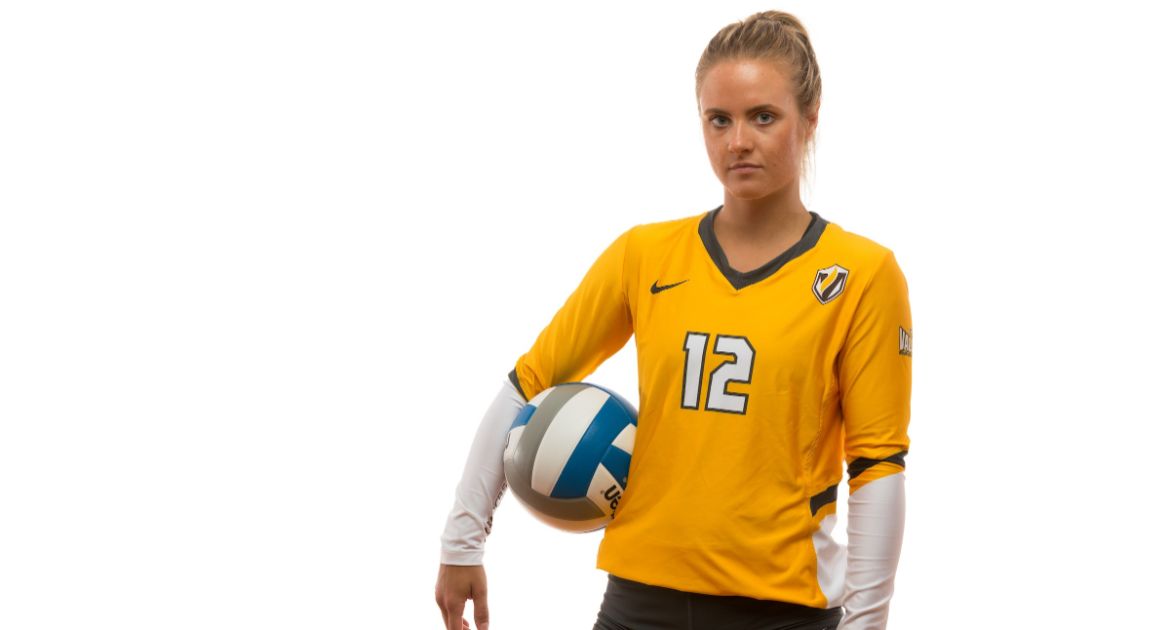 This Week in Valpo Volleyball: Having secured a berth in the MVC Tournament with its win over Bradley on Saturday, the Valpo volleyball team closes out the regular season this weekend with the Iowa road swing, playing at Drake Friday night and at UNI Saturday evening. Valpo can still finish as high as fourth place in the conference standings.

Previously: Valpo endured quite the swings last weekend in what turned out to be a split of its final home weekend of the season. The Brown and Gold jumped out to a 2-0 lead Friday over Illinois State, but dropped set three in extra points and eventually fell 3-2 to the Redbirds. Valpo rebounded the next day, however, with a resounding three-set sweep of Bradley to clinch a spot in the MVC Tournament.

Looking Ahead: The MVC Tournament kicks off on Thanksgiving night, next Thursday, in Cedar Falls, Iowa. Valpo’s first-round matchup and match time will be determined following the conclusion of the regular season.

Head Coach Carin Avery: In her 18th season as head coach at Valparaiso, Carin Avery has won 410 matches (410-196, .677) at the helm of the Crusaders and has led Valpo to three league regular season and tournament titles, as well as three NCAA Tournament appearances. A two-time league Coach of the Year, Avery has coached 59 All-League recipients over her tenure at Valpo. She is Valpo’s all-time leader in both victories and winning percentage, and owns a 465-220 (.679) record overall as a head coach.

Series History: Drake - Valpo holds a 7-4 advantage in the all-time series over the Bulldogs, and under Coach Avery, the Brown and Gold are 6-3 against Drake. Since joining the MVC, Valpo enjoys a 3-2 edge in the series, but it was the Bulldogs who rallied from down two sets and down 14-9 in the fifth set to stun Valpo, 3-2, at the ARC earlier this year. Ally Cummings led Valpo in that match with a career-high 21 kills.

UNI - The Panthers have won all 12 meetings in the all-time series, including all six since Valpo joined the MVC. Earlier this season, UNI handed Valpo a three-set sweep at the ARC, as the Panthers hit .313 to Valpo’s .082 clip. Jaclyn Bulmahn paced Valpo with 11 kills.

Scouting the Opposition: Drake - The Bulldogs enter Friday night’s match with a 9-20 overall record and are 3-13 in MVC play, having lost their last five matches since defeating Valpo back on Oct. 28. Emily Plock ranks fifth in the Valley with 3.75 kills/set, while Kylee Macke also ranks fifth in digs/set, tallying 5.05 digs/set this year.

UNI - The Panthers enter the weekend at 21-9 overall and 15-1 in MVC action. They have already clinched at least a share of the regular season conference title and can claim the outright title in their Friday matchup with Loyola. UNI boasts the league’s top performer in kills (Karlie Taylor, 4.56/set) and assists (Rachel Koop, 11.37/set), while Kaylissa Arndorfer ranks second in the conference with a .315 hitting percentage.

Valpo Picked Seventh in Preseason Poll: In its third season of Missouri Valley Conference play, Valpo was selected to finish in seventh place in the conference in 2019, acording to preseason polling of the conference’s head coaches. Valpo tallied 42 points in the polling, while UNI was a unanimous choice at the top, receiving all 10 first-place votes. Valpo has outperformed its preseason poll placement in each of its first two seasons in The Valley. In addition, junior Brittany Anderson was tabbed a preseason All-Conference selection.

Digging Deep: Each of the last two years has seen Valpo lead the nation in a digs category. Valpo led Division I in 2017 in digs/set nearly all season long, ending the year averaging 20.03 digs/set to lead the nation. Valpo’s 2017 campaign was only the second since the move to 25-point rally scoring in 2008 where a team averaged at least 20 digs/set. Then last year, Valpo posted 2,613 digs to lead the country in total digs, setting not only a Valpo single-season record, but a Division I record in the 25-point rally scoring era. The Crusaders have a long tradition of strong defensive play, as they have ranked among the top-20 nationally in digs/set in each of the last nine seasons - including a sixth-place placement in 2015 and a fourth-place finish in 2010 in addition to 2017’s statistical championship. This year’s team currently ranks 24th nationally with 17.34 digs/set, with junior libero Rylee Cookerly ranking 20th individually.

Earning a Tournament Berth: Not only was Saturday’s win over Bradley big for momentum for Valpo, it turned out that, in combination with Missouri State’s loss to Indiana State earlier in the evening, the victory clinched a spot in the MVC Tournament for Valpo. It is the second time in three years as an MVC member that Valpo has already secured a berth in the tournament before the final weekend of play. Valpo could still finish as high as a tie for fourth in the standings.

The Long and the Short: Friday’s five-set match with Illinois State was Valpo’s third consecutive five-set showdown - the first time since October of 1988 the Crusaders played three straight five-set matches. Then, on Saturday, it was back to three and done in the win over Bradley. Within MVC play, Valpo has had 10 three-set matches, five five-set matches and just one four-set affair.

Cookerly Hits 2,000: Seemingly every time one turns around, junior libero Rylee Cookerly is making her mark on the Valpo record book or reaching another milestone. Saturday against Bradley, it was a nice, round figure – the 2,000-career dig mark. The junior is just the fourth in program history to reach the milestone, and only the second to do so during her third year on campus. Taylor Root closed her junior year with 2,017 career digs, while Cookerly will enter the final weekend of the regular season with 2,003 career digs. Cookerly is one of just 14 active Division I players with at least 2,000 career digs, and the only junior in that group. In fact, as of the end of play Saturday, she owns 258 more digs than any other junior in the nation.

Anderson Hits 1,000: While junior setter Brittany Anderson is better known for racking up loads of assists (currently 21st nationally among active D-I players with 3,696 career assists), she has been quietly consistent throughout her career at picking up digs as well, and Friday against Illinois State, she surpassed the 1,000-dig plateau for her career. Anderson, who now has 1,014 career digs and has totaled at least 300 digs in each of her three years at Valpo, is just the 22nd player in program history to reach four figures in digs.

Record Book Performances: Both of Valpo’s matches last weekend saw it produce marks which rank among the program’s best in the 25-point era. Friday against Illinois State, the Crusaders tallied 16 team blocks, good for fifth in a five-set match in Valpo’s 25-point era record book. Individually in that match as well, Haley Hart tallied 12 kills on .550 hitting - the second-best hitting percentage in a five-set match in the 25-point era. Then on Saturday in the sweep of Bradley, Valpo produced 80 digs, tied for fifth-most in a three-set match in this scoring era.

Balanced Offense: The sweep of Bradley on Saturday was highlighted by a balanced offensive effort. Five different players had between 20 and 28 attacks, with four different attackers tallying anywhere from nine to 11 kills as Valpo hit .256 with 48 kills in the win. Peyton McCarthy and Jillie Grant tied for team-high honors with 11 kills apiece, the latter doing so on .423 hitting as she did not commit an attack error, while Ally Cummings posted 10 kills and Haley Hart 9.