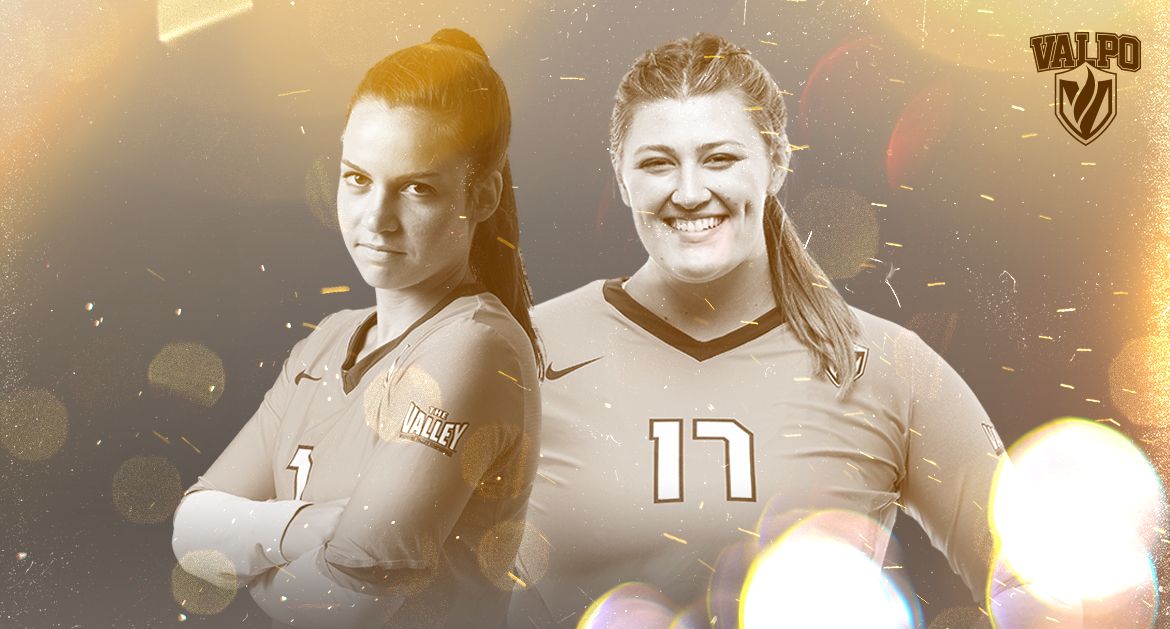 Valpo volleyball junior libero Rylee Cookerly (Brownsburg, Ind./Brownsburg) has earned numerous accolades and reached a multitude of milestones in her first three seasons at Valpo, but she reached another level on Thursday, as Cookerly was named the Missouri Valley Conference Libero of the Year as the MVC held its annual pre-tournament awards ceremony Thursday afternoon. Junior Peyton McCarthy (Cincinnati, Ohio/Seton) joined Cookerly as a First Team All-MVC selection as well, giving Valpo multiple First Team honorees for the first time since joining the MVC.

Cookerly has played every match at libero since arriving on campus in 2017, and has been as strong as ever this season. She has tallied 616 digs this year, already 10th-most in a single season in program history, and ranks 20th nationally with 5.22 digs/set. Cookerly bumped her average to 5.58 digs/set within MVC play and helped limit Valpo’s conference opponents to .181 hitting. She has been in double figures in digs in all 32 matches, tallied 20 or more digs 14 times and surpassed 30 digs twice.

A third consecutive strong season in the back row has Cookerly in some lofty company with her career numbers. Entering the MVC Tournament, Cookerly has totaled 2,041 career digs, 12th-most among active D-I players. She is the only junior among the top-25 in the category and owns 265 more digs than any other junior in the nation. Cookerly is just the fourth player in Valpo history to reach the 2,000-dig mark, and will end her junior year with more digs through three seasons than any player in program history. She is also just the 3rd player in MVC history with 600+ digs in each of her first three seasons (Ellie Blankenship, UNI; Courtney Pence, Illinois State).

McCarthy’s First Team All-MVC selection is her first postseason award, and comes following a regular season which has seen her perform at a high level on both sides of the ball. McCarthy has taken on the onus of being Valpo’s top attacker after it graduated nearly 3,500 career kills from last year’s squad, and has carried the load well this year. She enters the MVC Tournament averaging a team-high 2.92 kills/set on .275 hitting, the latter mark good for fourth in the conference.

McCarthy has been in double figures in kills 20 times this year, while defensively, she has registered at least five blocks on nine occasions - eight of which have come in MVC play. McCarthy leads Valpo in both total kills (345) and blocks (103), and is on pace to be the first player to lead the Crusaders in both categories since 2012.

Cookerly and McCarthy are the third and fourth Valpo players to earn First Team All-MVC accolades since the Crusaders joined the Valley, joining 2017 honoree Taylor Graboski and 2018 recipient Brittany Anderson.