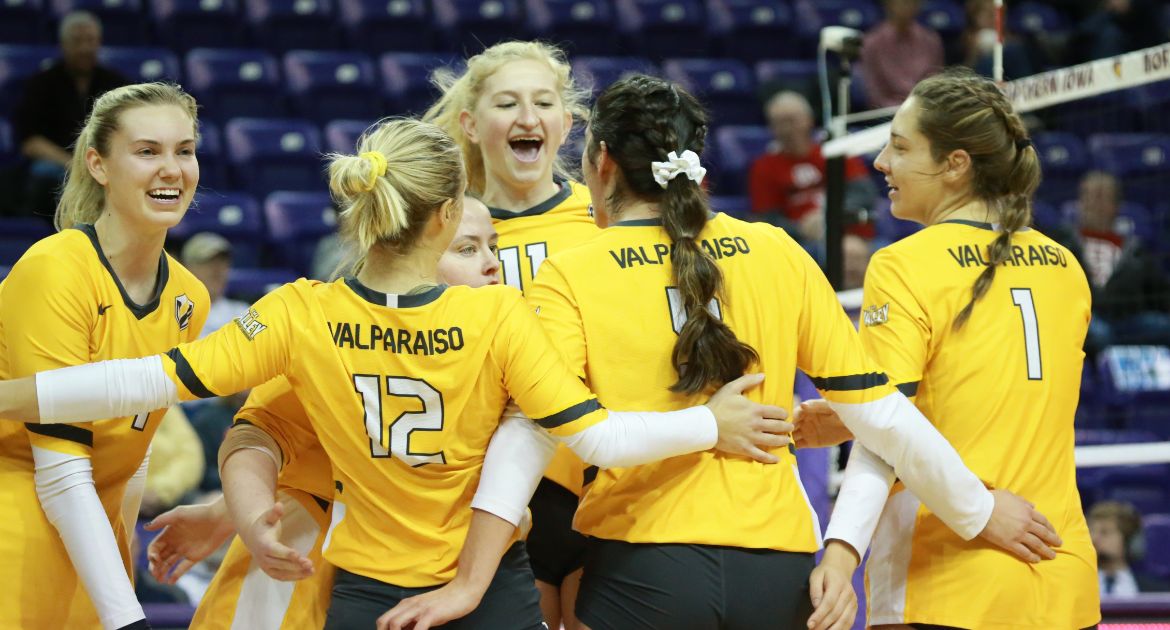 For a program which entered the 2019 MVC Tournament having played five sets in four of its last six matches, it seems only appropriate that it took the fifth-seeded Valpo volleyball team the full five sets to earn a dramatic 3-2 (25-15, 23-25, 25-21, 15-25, 15-11) victory over fourth-seeded Bradley Thursday evening in the first round of tournament action in Cedar Falls, Iowa. With the win, Valpo advances to face host and top-seeded UNI Friday evening.

Valpo (14-19) looks to take down the regular season champions in UNI on Friday evening. First serve is slated for 5 p.m. from Cedar Falls, Iowa, and all the action can be seen live on ESPN+.