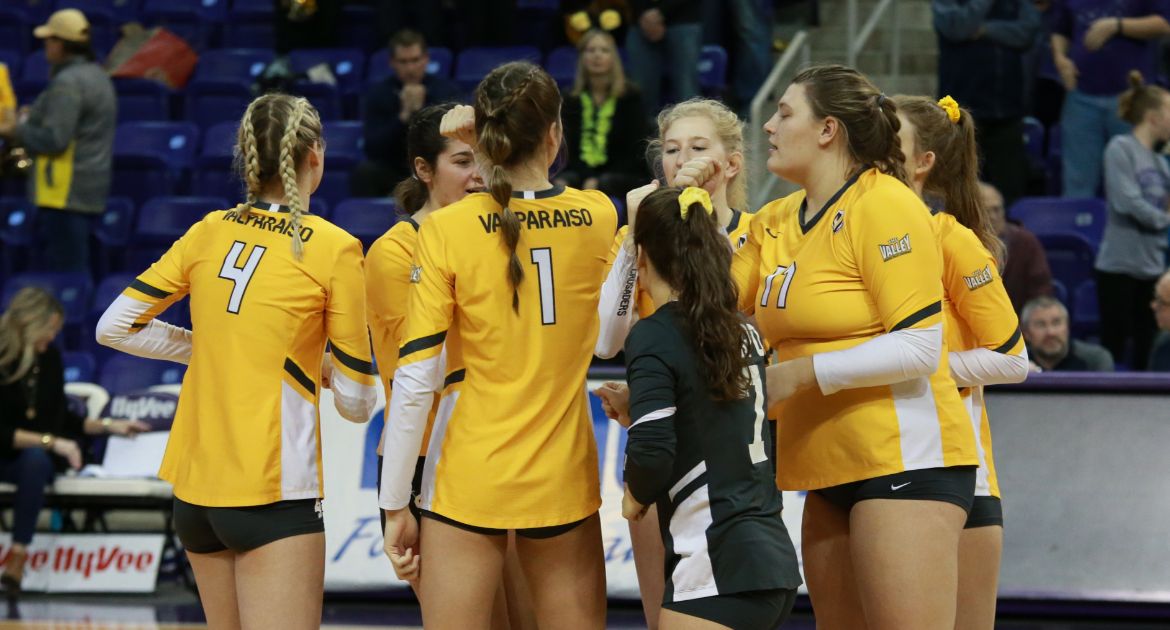 Playing shorthanded against a UNI squad which claimed the MVC regular season title and which swept the regular season finale between the two teams in swift fashion just six days ago, it would have been easy for the Valpo volleyball team to be content with their Thursday first-round tournament win, especially after the Panthers rolled to a first-set win.

But for a Valpo program which is seemingly defined by the words scrappy and fight every time opposing coaches describe what it’s like to take on the Brown and Gold, that wouldn’t be the way to go out. And the 2019 iteration of the Valpo volleyball team epitomized those words against the heavy favorites Friday evening, rallying to earn a third-set victory and leading past the midway point of the fourth set before falling to UNI, 3-1 (25-9, 25-20, 20-25, 25-17) in the MVC semifinals.