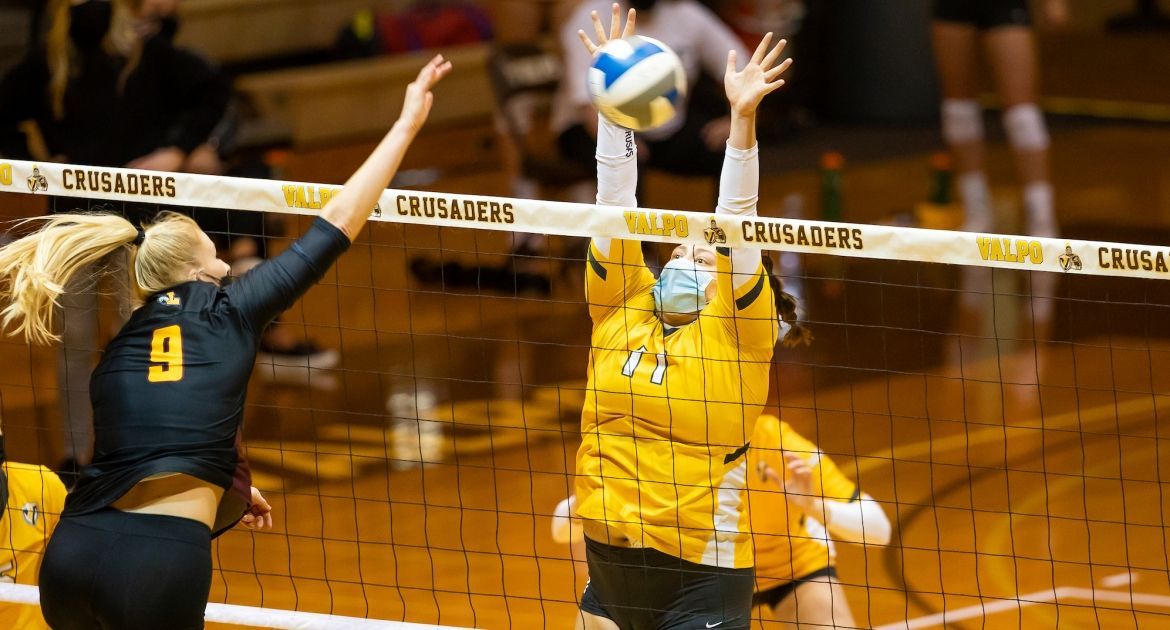 Valpo senior middle Peyton McCarthy (Cincinnati, Ohio/Seton) closed the regular season with an award-winning weekend, as she was tabbed the MVC Defensive Player of the Week Tuesday for her performance on the block in Valpo’s two matches at Evansville.

McCarthy set a season high with six blocks in just three sets on Saturday. The senior followed on Sunday with six more rejections in Valpo’s four-set win over the Purple Aces to finish out regular season play.

McCarthy, who led all players in blocks in both matches, averaged 1.71 blocks/set over the two matches. The weekly award was the first in McCarthy’s career, and three different Valpo players combined to earn Defensive Player of the Week accolades four times this season.