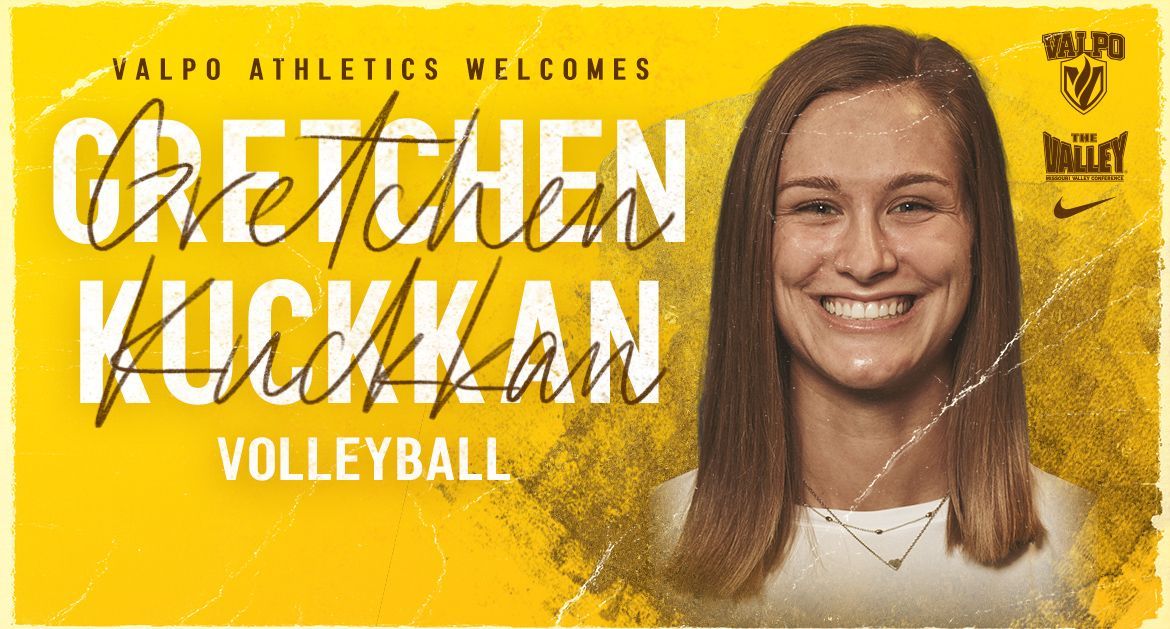 Valpo volleyball head coach Carin Avery announced today that Gretchen Kuckkan has transferred to Valpo and will be immediately eligible to play in the fall of 2021. A 6-0 outside hitter, Kuckkan played her first two collegiate seasons at Indiana State.

“We're very selective when it comes to potential transfers, but we heard nothing but great things about Gretchen throughout the process and feel like she will be a tremendous fit with our program,” Avery said. “Gretchen brings a big jump and a great arm swing, which — combined with her height — provides a dynamic presence at the pin. Adding another upperclassman to our roster with multiple years of college under her belt will only make us better as we compete in the Valley.”

Kuckkan appeared in all 20 matches at ISU this past spring, finishing second on the team with 2.52 kills/set while adding 2.13 digs/set defensively as well. She posted five matches with double-digit kills, highlighted by a career-high 17 in a win over Illinois State, and reached double digits in digs three times.

As a freshman in 2019, Kuckkan notched 2.02 kills/set and 2.60 digs/set for the Sycamores. She tallied 10 or more digs 11 times, including a career-best 24 against Wright State, notched 10 or more kills on eight occasions and finished with four double-doubles.

“I am so thankful to have found a welcoming family atmosphere at Valpo,” Kuckkan said. “I am excited to be a part of a competitive volleyball program while receiving an excellent education.”

Kuckkan played her prep volleyball at Lafayette Central Catholic [Ind.] H.S., where she was a four-year letterwinner. She earned All-State honors three times, including First Team accolades as a junior — when she helped lead the Knights to a state championship — and as a senior. Kuckkan played her club volleyball for Circle City Volleyball Club, which was also the home club for current Valpo libero Rylee Cookerly.