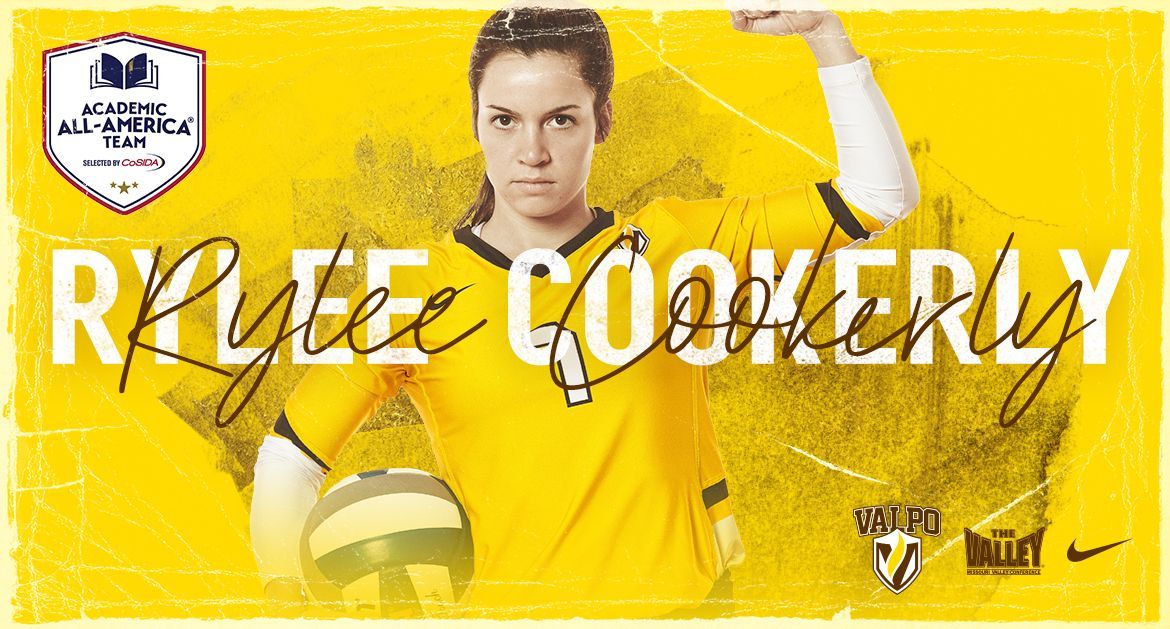 Excellence both on the court and in the classroom by Rylee Cookerly (Brownsburg, Ind./Brownsburg) has earned the standout Valpo volleyball libero a spot on the CoSIDA Academic All-America Second Team.

Cookerly enjoyed another stellar season in the spring 2021 campaign, earning MVC Libero of the Year honors for a second straight season and a spot on the AVCA All-Midwest Region Team as she totaled 422 total digs. Her average of 5.78 digs/set was good for ninth nationally and is third in a single season in program history. Cookerly finished in double figures in digs in each of her 18 matches this spring, including 20+ digs 12 times and 30 or more on four occasions — highlighted by a season-high 40 digs at #13 Notre Dame to match Valpo’s record for digs in a five-set match.

Another strong season has pushed Cookerly’s career numbers into lofty territory. She now owns 2,514 career digs, over 300 more than any other active player in the country. Cookerly closed the shortened spring 2021 campaign second in Valpo history and third in MVC history in career digs, and is just outside the NCAA’s top-15 all-time in the category as well.

In the classroom, Cookerly graduated in May with a 3.96 cumulative GPA as a nursing major. The MVC Scholar-Athlete of the Year, Cookerly is a three-time member of the MVC Scholar-Athlete First Team and has earned a spot on the CoSIDA Academic All-District team three times. Cookerly claimed the MVC Presidents’ Council Academic Excellence Award this year, earned the MVC Commissioner’s Academic Excellence Award each of the last three years and has been a member of the MVC Honor Roll every year at Valpo. She also received Valpo’s Top of the Class Award this year and earned Valpo Presidential Academic Honors the last three years.

Cookerly will be returning for the fall 2021 season as she utilizes the additional season of eligibility granted by the NCAA to fall sport student-athletes due to the impact of the COVID-19 pandemic on the 2020-21 season. She will continue on in Valpo’s College of Nursing and Health Professions into the DNP program with plans to become a nurse practitioner.