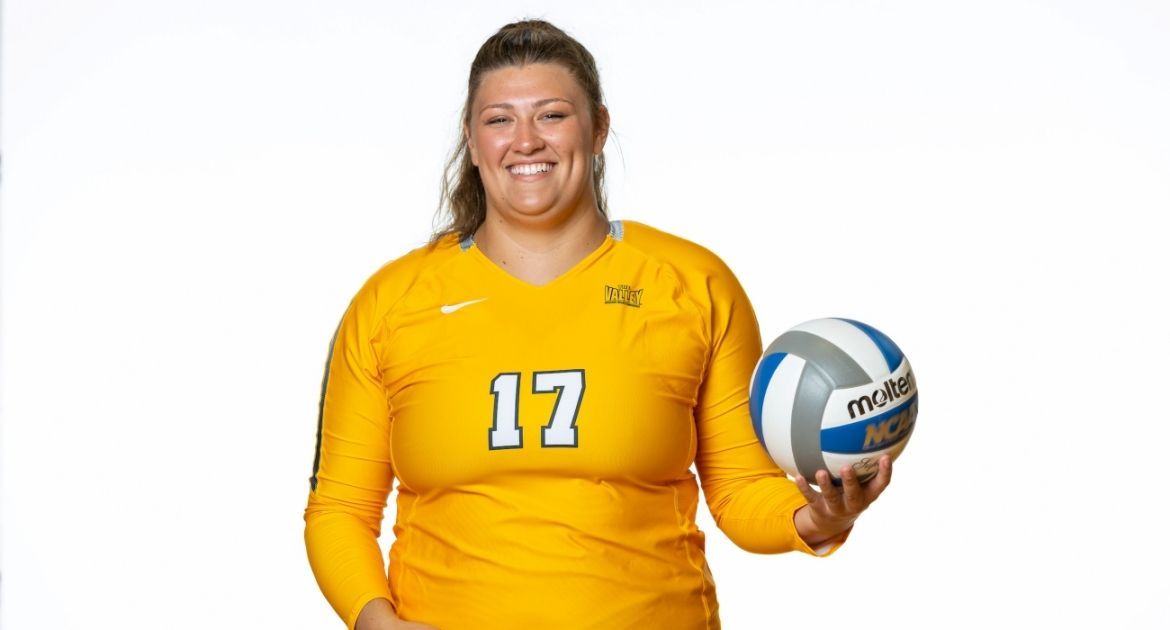 This Week in Valpo Volleyball: After playing its first 13 matches of the season away from home, the Valpo volleyball team finally steps on the court at the ARC for the first time this season, hosting three matches in a four-day stretch starting Friday evening against Indiana State.

Previously: Valpo opened MVC play with a split of the longest road trip of the conference slate, winning a four-set match at Southern Illinois on Friday before dropping a four-setter at Missouri State on Saturday.

Looking Ahead: The Beacons face their travel partner next weekend, making the short trip to Chicago to take on Loyola Friday evening.

Following the Beacons: The matches against Indiana State and Drake will be broadcast live on ESPN+, while Saturday’s Evansville contest will be live on ESPN3. Links for the live video, as well as live stats for all matches, are available via ValpoAthletics.com.

Head Coach Carin Avery: In her 20th season as head coach at Valparaiso, Carin Avery has won 433 matches (433-210, .673) at the helm of the program and has led Valpo to three league regular season and tournament titles, as well as three NCAA Tournament appearances. A two-time league Coach of the Year, Avery has coached 55 All-League recipients over her tenure at Valpo. She is Valpo’s all-time leader in both victories and winning percentage, and owns a 488-234 (.676) record overall as a head coach.

Series History: Indiana State - While the all-time series with the Sycamores is tied at 15-15, Valpo owns a 10-5 advantage in the series in Avery’s tenure and is 5-3 against ISU since joining the MVC. Last season, the two squads split the series at Valpo, with Valpo winning 3-0 and Indiana State responding with a 3-1 win.

Evansville ­- The Purple Aces own a slim 12-11 advantage all-time over Valpo, but most of Evansville’s wins came in the 20th century, as Valpo is 9-2 versus UE under Avery and 6-2 since joining the MVC. The teams split the series at Evansville last year to close the regular season, with UE earning a three-set sweep on day one before Valpo came back with a 3-1 win in the finale.

Drake - Valpo is 10-4 all-time against the Bulldogs, including a 9-3 mark under Avery and a 6-2 record since joining the MVC. Last season, Valpo earned the series sweep on the road in Des Moines, winning in four sets in the opener before a dramatic five-set win in the second match - a match in which Valpo held off four Drake match points and set a program record for digs in a rally-scoring match with 134 digs.

Scouting the Opposition: Indiana State - The Sycamores come into the ARC with a 9-2 overall record and defeated Evansville in their MVC opener last Friday. Indiana State leads the Valley with a .254 team hitting percentage this season, led by Karinna Gall, who is hitting .294 with a team-best 2.79 kills/set.

Evansville - The Purple Aces sit at 10-2 overall entering the weekend despite dropping their MVC opener to the Sycamores last weekend. Two of Evansville’s pin hitters top the conference in kills, as Alondra Vazquez leads the Valley and ranks 11th nationally with 4.71 kills/set, while Giulia Cardona ranks second in the MVC with 3.71 kills/set.

Drake - The Bulldogs own a 6-4 record entering this weekend’s action, most recently splitting against Illinois State (W 3-0) and Bradley (L 3-1). Drake leads the MVC with 2.57 blocks/set and is paced by conference leader Kacie Rewerts, who averages 1.31 blocks/set.

Digging Deep: Valpo continued its long tradition of strong back row play in the spring 2021 season, finishing the season ranked third nationally and second in the Valley with 20.37 digs/set. Valpo has ranked among the top-30 nationally in digs/set in each of the last 10 seasons, including leading the nation with 20.03 digs/set in 2017 to go along with a fourth-place rank in 2010 and a sixth-place finish in 2015. Since the move to 25-point scoring, only seven teams have averaged more than 20 digs/set over the course of a season, and Valpo is the only program to have done it twice. 2018 saw Valpo lead the nation with 2,613 total digs - a mark which set a program single-season record and a Division I record in the 25-point era. Valpo currently sits 26th nationally in digs/set this season.

Finally Home: It’s been a long time coming, but the Beacons will finally take the floor at the ARC for the first time this season on Friday evening after playing 13 consecutive matches away from home to begin the season. The Oct. 1 home opener is the program’s latest since 2008 - that year’s squad also played 13 matches away from home to open the season before playing its home opener on Oct. 3. Valpo posted a 6-3 mark at home last season during the spring campaign.

Starting With a Win: For just the second time in five seasons as a member of the MVC, Valpo opened conference action with a victory as it took down SIU in four sets last Friday. This year also marks the fourth straight season Valpo has opened the MVC slate away from home.

Another Trophy For the Collection: The Beacons earned their second tournament championship of the season as they won the SIUE Cougar Classic with victories over SIUE and Western Illinois, pairing it with the trophy they won earlier this year at Tennessee Tech’s Golden Eagle Invitational. Valpo has now won 27 in-season tournament titles under head coach Carin Avery, and this season marks the 11th time in her tenure the program has claimed multiple in-season tournament championships in the same season.

Cookerly Breaks One Record, Nears Another: Fifth-year libero Rylee Cookerly checked another mark off the list last weekend, breaking the Valpo career digs record, previously held by Taylor Root, in Friday’s match at SIU. The two-time MVC Libero of the Year, who entered this season ranked 16th in NCAA history in career digs, now owns 2,774 digs and is now fifth on the all-time chart. Cookerly is just four digs shy of tying and five away from passing Courtney Pence’s MVC career mark, which ranks fourth in NCAA history. Beyond that, she is also poised to pass Hartford’s Kim Diehlmann (2,780) for third position and Minnesota’s Paula Gentil (2,791) for second place all-time.

Hart Has Strong Weekend: Senior middle Haley Hart led Valpo in kills and blocks in both matches last weekend, finishing the weekend hitting .383 with 3.38 kills/set and 1.25 blocks/set. Her Friday performance stood out, as Hart posted 15 kills on .538 hitting to go with six blocks in the MVC-opening win at SIU. Entering the weekend, Hart had led Valpo in kills just five times in her career and hadn’t yet this season. She is hitting .307 on the season, good for seventh in the Valley, and is also in the top-10 in blocks with a team-high 0.93/set.

McCarthy Nears 1K: Fifth-year middle Peyton McCarthy notched 18 kills over the course of last weekend, pushing her career total to 978. She enters this weekend’s set of three matches just 22 shy of the 1,000-kill milestone for her career, a mark which only 18 players in program history have reached. McCarthy also cracked the top-10 in program history in career blocks the weekend before last and currently sits tied for seventh all-time at Valpo with 368 rejections.