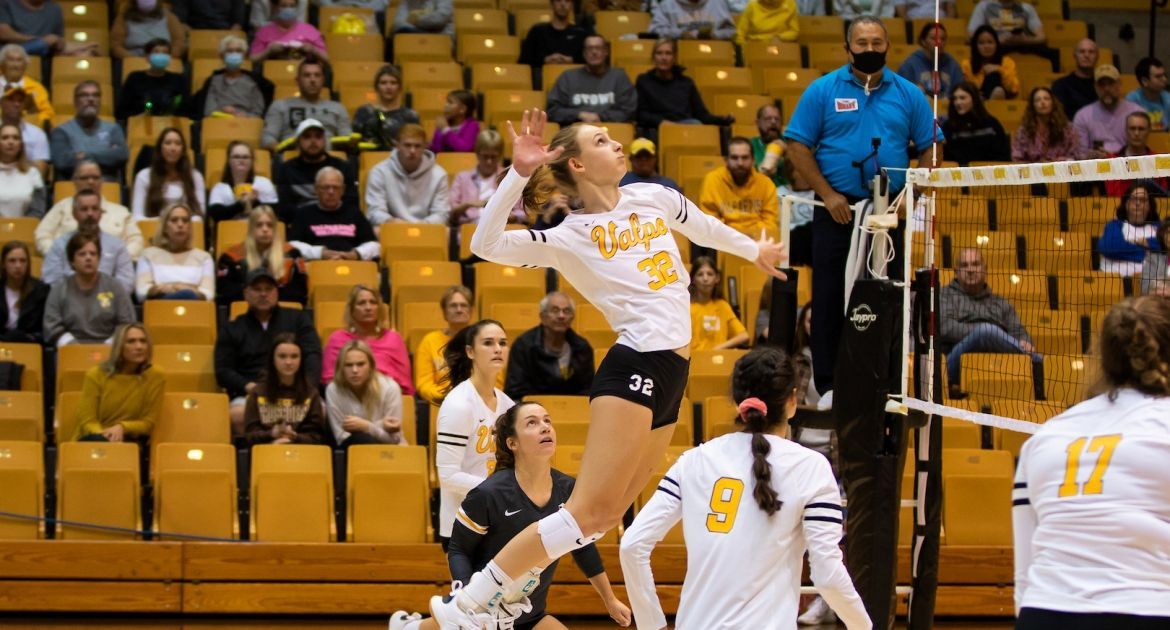 Friday night’s match at the ARC was about as tight as a three-set match could be, featuring the highest number of lead changes in a single Valpo match since 2002. But at the end of each of the three sets, it was the Beacons claiming the key points, as Valpo earned the 3-0 sweep (25-20, 25-23, 25-21) of visiting Missouri State to snap a three-match losing streak and remain perfect at home this season.

Valpo (14-6, 5-4 MVC) kicks off the second half of the MVC schedule on Saturday evening at the ARC, as it hosts Southern Illinois for a 6 p.m. first serve.