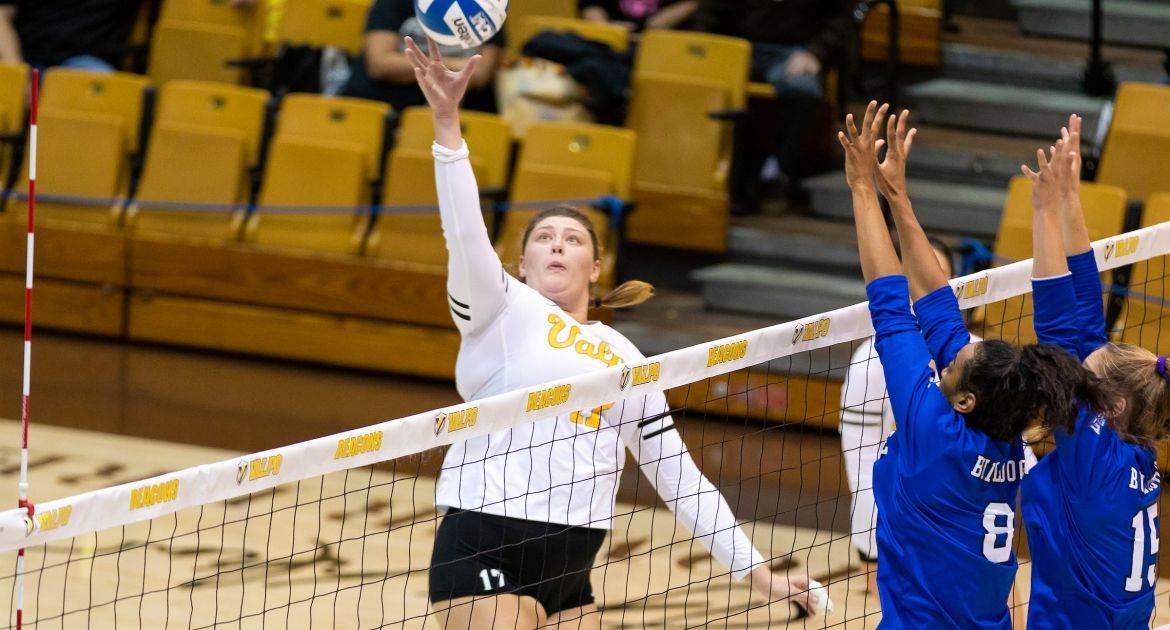 Led by a record book-worthy performance on the attack from fifth-year middle Peyton McCarthy (Cincinnati, Ohio/Seton), the Valpo volleyball team earned a big road victory at Evansville Friday night, downing the Purple Aces by a 3-1 (25-13, 9-25, 25-20, 25-22) final. The win is even more impressive considering that Evansville had swept each of its first six home matches this season.

Valpo (16-6, 7-4 MVC) will attempt to complete a season sweep of its Indiana brethren in the Valley on Saturday afternoon in Terre Haute. The 3 p.m. CT first serve from Indiana State can be seen live on ESPN3.