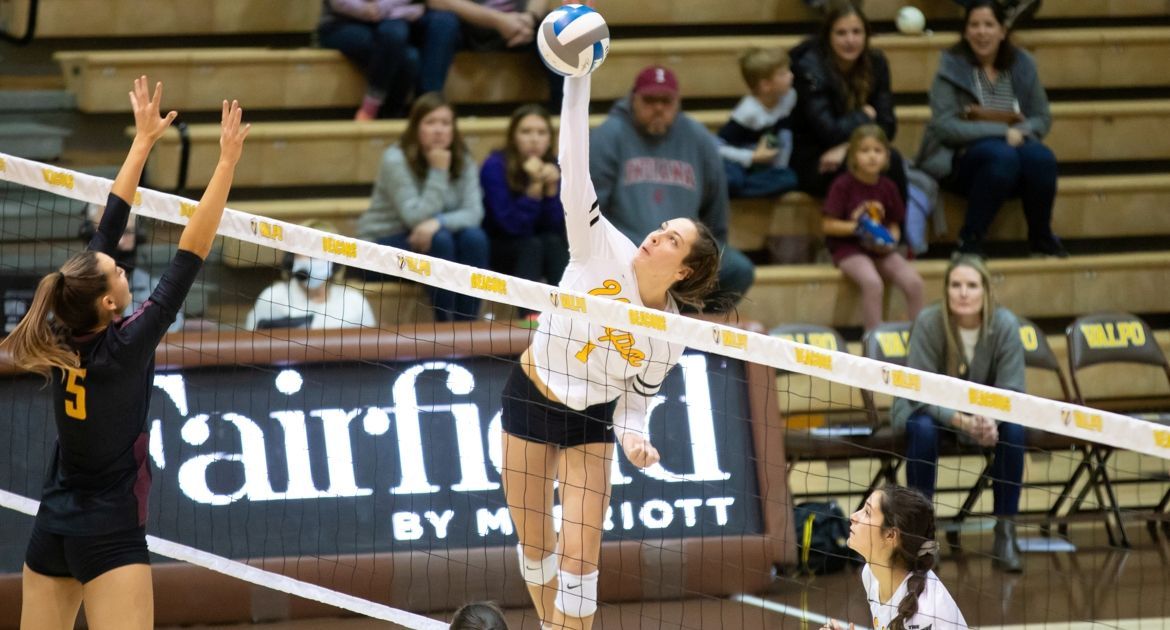 The Valpo volleyball team improved to a perfect 7-0 at home this season with a convincing 3-0 (25-21, 25-16, 26-24) sweep of visiting Loyola, which entered the match atop the MVC standings, Friday evening at the ARC.

Valpo (18-7, 9-5 MVC) has just two weekends of regular season action remaining and will close out the home schedule next weekend at the ARC. The Beacons will take on Illinois State on Friday evening before facing Bradley on Saturday, with both matches starting at 6 p.m.