November 13, 2021 at 5:59 pm
Valparaiso, IN
Attendance: 677
Preview Recap Boxscore
Volleyball Seniors Go Out Winners at Home With Victory Over Bradley 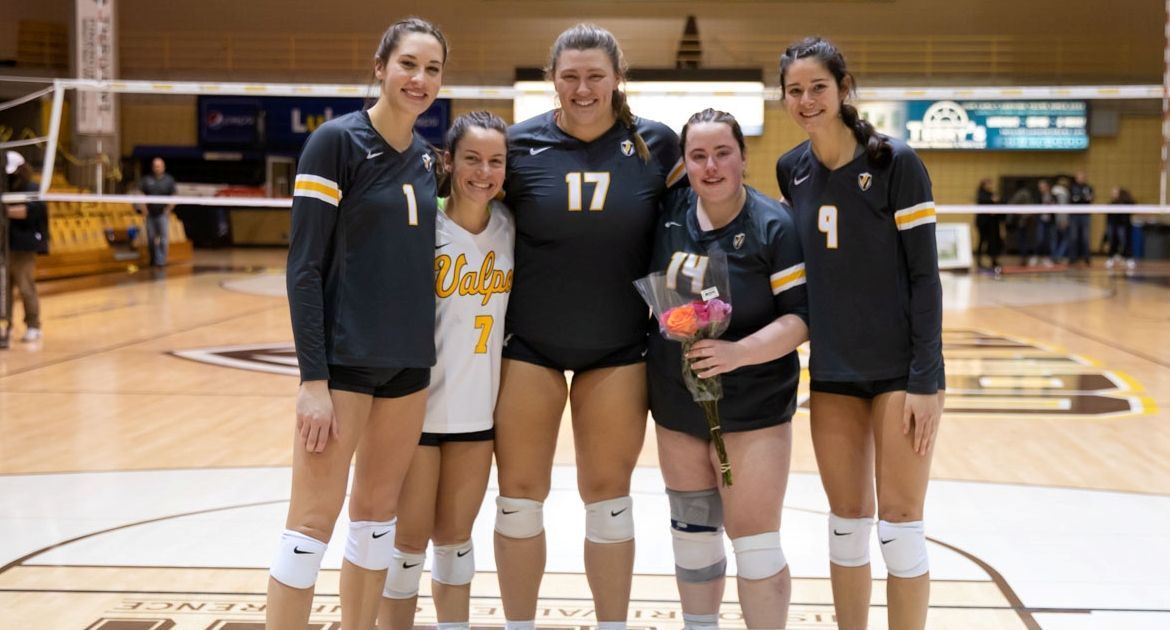 Playing in their final home match of their careers at the ARC Saturday evening, the Valpo volleyball senior class went out victorious, taking down Bradley by a 3-1 (25-17, 23-25, 25-18, 25-19) final. All five seniors had strong performances, including Rylee Cookerly (Brownsburg, Ind./Brownsburg) reaching yet another milestone as she hit the 3,000-dig mark for her career.

Valpo (19-8, 10-6 MVC) not only has final placement in the MVC regular season standings on the mind heading into next weekend, it also is looking for the 16th 20-win season in the 20 years head coach Carin Avery has been at the helm. Valpo will play at UNI Friday evening before taking on Drake Saturday evening.