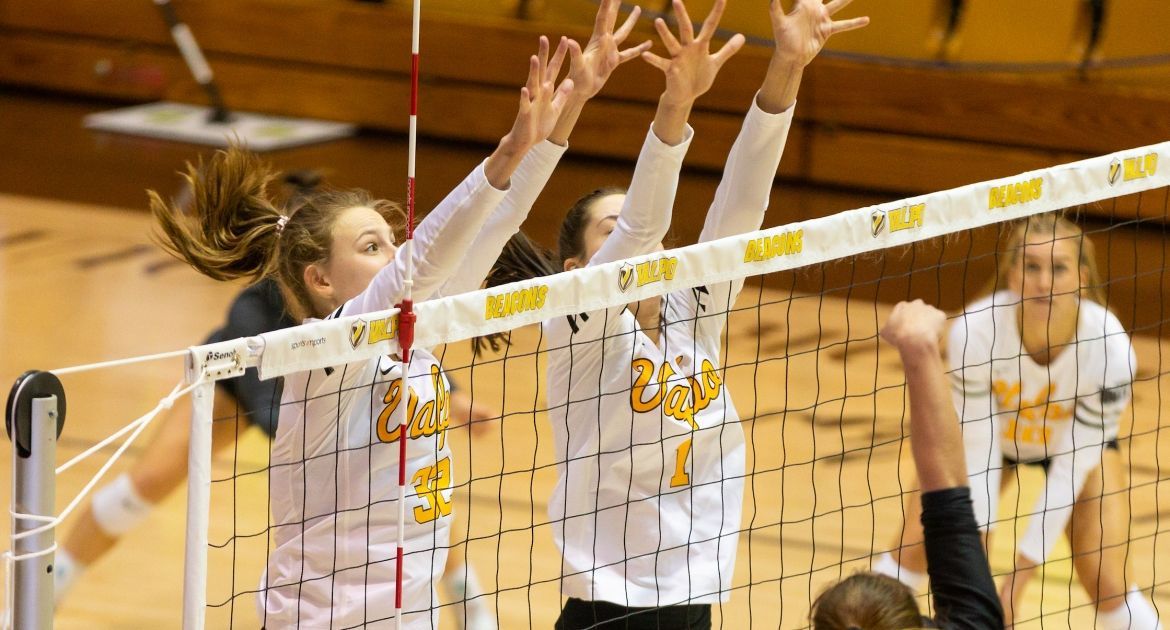 The Valpo volleyball team secured its best regular season finish since joining the Missouri Valley Conference on Saturday evening in the regular season finale at Drake, winning a 3-1 (25-18, 27-25, 21-25, 25-20) battle over the Bulldogs. The win moved Valpo into a tie for third place in the final MVC standings, and the Beacons will be the fourth seed for next week’s MVC Tournament.

Valpo (21-8, 12-6 MVC) is the fourth seed for next week’s MVC Tournament, as Bradley edged the Beacons in a power rankings tiebreaker for the third seed. Valpo will open tournament play from Normal, Ill. on Thanksgiving afternoon at 3:30 p.m. against fifth-seeded Evansville. Every tournament match can be seen live on ESPN+ and will have live stats available via ValpoAthletics.com.