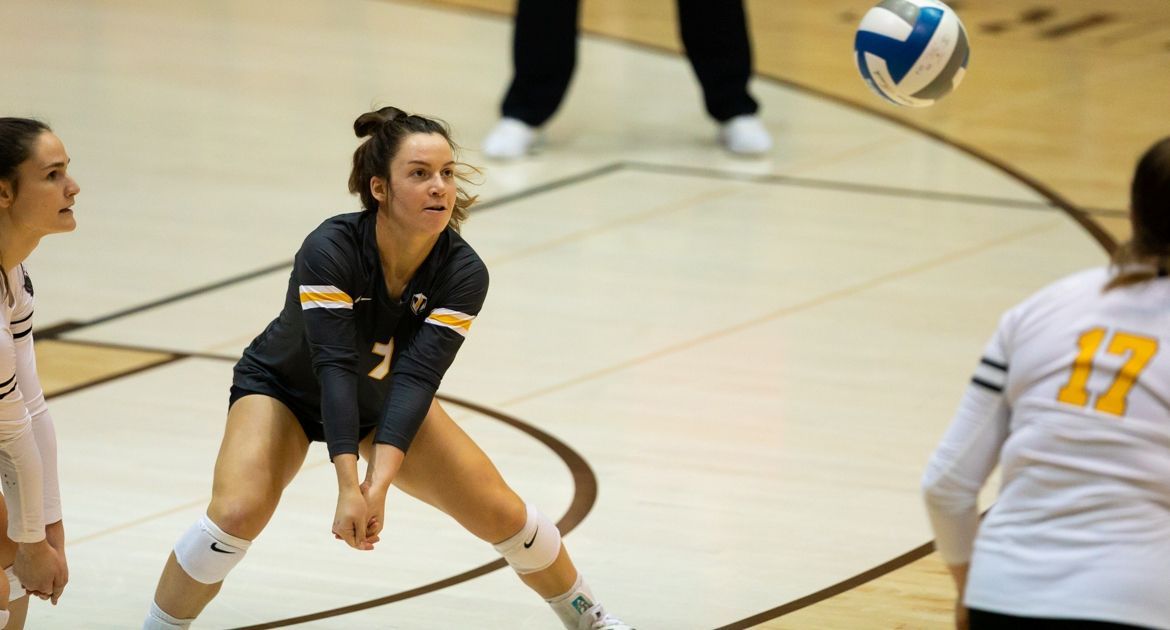 The beat marches on for the Valpo volleyball team, as it continued its run in the 2021 National Invitational Volleyball Championship (NIVC) with a 3-0 (25-20, 25-21, 25-21) sweep of Toledo Friday night at the ARC to advance to the tournament quarterfinals. The Beacons will get to remain at home for next round’s action as well, as it was announced after the match they will host MVC foe Evansville at the ARC on Monday evening at 7 p.m.

It’s a familiar foe on the docket Monday for Valpo (24-9), as Evansville comes to town for the fourth meeting between the two programs this season. The match will begin at 7 p.m. and can be seen live on ESPN+. Tickets for Monday’s match will go on sale online on Saturday at noon, and will be available on Monday via phone and in person at the ARC Ticket Office.