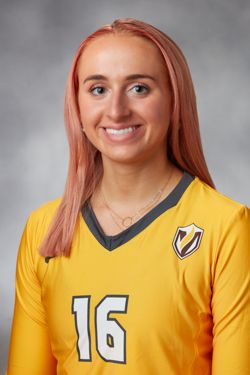 Prep: A four-year letterwinner for the Wildcats ... finished as runner-up for Michigan Miss Volleyball as a senior in 2016 ... helepd lead team to back-to-back state championships in 2015 and 2016 after squad reached state finals in 2014 ... also named a JVA All-American and Detroit area Player of the Year as a senior ... earned First Team All-State accolades ... a Second Team All-State selection as a junior ... an All-District, All-Region and All-Conference choice each of her final three years ... played club volleyball for Michigan Elite ... helped club to a number of top national finishes ... also earned three letters in softball and was an All-Conference and All-District selection on the diamond.

Personal: Ally is the daughter of Rick and Denise Cummings ... major is psychology.