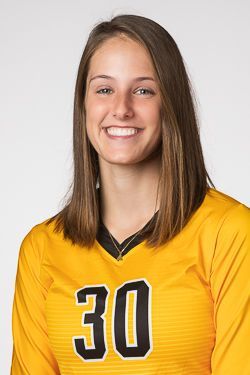 2021: Saw action in 40 sets across 20 matches as a freshman ... used mainly as a serving substitute ... committed just three service errors on 65 serves and did not commit an error in her final 47 serves of the season ... tallied an ace at Indiana State Oct. 30 and another in the MVC Tournament semifinal against Loyola Nov. 26 ... registered an ace as well in the NIVC semifinal win over UConn Dec. 10 ... also picked up nine digs on the year, including a season-high three at Indiana State Oct. 30.

Personal: Daughter of Thomas and Karen Boyle ... major is biology.