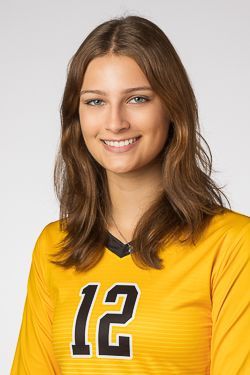 LIU: Played three seasons for the Sharks ... tallied 375 kills on .236 hitting and 138 blocks over her three seasons ... Second Team All-NEC honoree in the spring 2021 season ... helped the Sharks claim the conference championship and earn a berth in the NCAA Tournament that season ... ranked seventh in NEC-only play as a freshman in 2019 in hitting percentage, picking up an NEC Rookie of the Week honor along the way ... She was fourth in the conference in the spring 2021 season in hitting percentage ... averaged one block/set in NEC action in the fall 2021 season, good for fourth in the conference.

Prep: A four-year letterwinner ... helped the program to multiple league and city championships ... a two-time All-Region and three-time All-Conference selection.