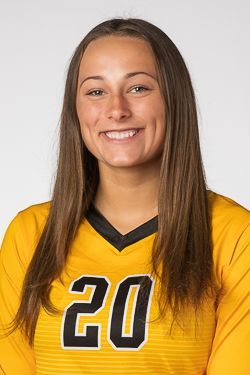 Prep: Stood out as a senior as Kouts went undefeated in the Porter County Conference and won its first regional title in program history, advancing to semi-state ... a First Team All-State honoree ... earned All-Area honors and was named conference MVP ... registered 528 kills, tied for most in the state in Class 1A and eighth-most among all classes ... earned a spot on the Indiana All-Star Team ... a Second Team All-State recipient as a junior in 2020 ... an All-Conference selection as well as she tallied 301 kills ... helped the Fillies earn their first sectional championship in 14 years and advance to the regional finals ... played her club volleyball for KeAloha Volleyball Club, under the direction of former Valpo assistant coach Craig Cromwell.