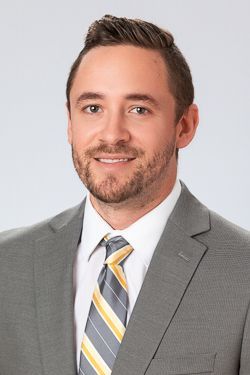 Mark Schwitzgable joined the Valpo women's basketball staff as an assistant coach in September 2019, and enters his third season on staff in 2021-22. He has helped lead Valpo to 29 victories over his first two years.

The 2020-21 squad won 12 games, including a pair of wins over Big Ten programs and three top-100 wins in MVC play. Schwitzgable helped coach a First Team All-MVC honoree in Shay Frederick and an Honorable Mention All-Conference selection in Carie Weinman.

In his first season on staff at Valpo, Schwitzgable helped guide one of the nation's most impressive year-over-year turnarounds. The 2019-20 Valpo squad jumped 171 spots in the RPI to 133 - the largest leap by any Division I program in the nation.

The 2019-20 team finished with a 17-12 overall record, 10.5 games better than the previous year - tied for the sixth-best increase nationally. The 17 wins marked the largest win total for the program since the 2006-07 campaign, and included a pair of top-100 RPI wins, the first-such wins for Valpo since March 2013.

Schwitzgable came to Valpo from Urbana University, where he spent two seasons as an assistant coach for the Blue Knights and also served as head coach for the women’s golf program.

Prior to his time at Urbana, he was on staff at Ohio University, working his way up from student manager to graduate assistant coach during his time with the Bobcats. Schwitzgable was a member of Ohio’s program when the Bobcats earned a berth in the 2015 NCAA Tournmament and advanced to the WNIT Sweet 16 in 2016.