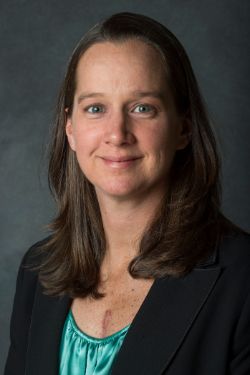 Hired as the eighth head coach in the history of the Valpo women's basketball program in April 2018, Mary Evans enters her fourth year at the helm of the program in 2021-22.

Evans has made an immediate impact on the program in her first three years, raising the team's level of play to be competitive in a strong Missouri Valley Conference. Through three seasons, Evans has a record of 37-49 at the helm of the Brown and Gold.

The 2020-21 squad counted some big wins among its 12 victories, including a pair of literal B1G wins, as the Brown and Gold beat multiple Big Ten teams in the same season for the first time in program history. Entering the season without a win over a Power Five program since 2012-13, Valpo won at Illinois for its first-ever win over the Illini, and followed four days later with a road win at Purdue - the second win in program history over the Boilermakers. Valpo became the first program with multiple nonconference road wins at Big Ten programs since 2017-18.

The team picked up some big wins once the schedule flipped to Missouri Valley Conference play as well, as three of Valpo's seven conference victories came over teams in the top-100 of the NET. Valpo has five top-100 wins in MVC play over the last two seasons after going nearly seven years since its last top-100 win.

Evans led the Valpo program to a remarkable season across the board in 2019-20, one that concluded among the nation's top turnarounds from the season before. Valpo posted a 17-12 record in Evans' second season at the helm, the 17 wins the most by a Valpo team since the 2006-07 campaign and the 10th-most in a single season in program history.

Valpo improved its record by 10.5 games over the previous season in 2019-20, tied for the sixth-best improvement in Division I. Even more impressively, Valpo jumped by 171 spots in the RPI in Evans' second season as head coach, the nation's largest RPI jump.

With the 17 victories came many notable accomplishments throughout the season. Nine of the 17 wins came on the road, giving Valpo its highest number of true road wins since the 2001-02 season. Valpo concluded the non-conference portion of the schedule with an 8-3 record, the best pre-conference mark by winning percentage in program history. That non-conference slate ended with seven straight wins, which was Valpo's longest winning streak since the 2001-02 team won 10 straight and was just the seventh winning streak of at least seven consecutive games in program history.

Conference play brought more of the same for Evans and the 2019-20 Valpo squad. Valpo posted a 9-9 record in MVC play, finishing the regular season with both its highest win total and its best conference finish (6th) since joining the MVC. Most impressively, this record came in a conference which finished the year ranked eighth among Division I leagues, matching its best-ever finish and trailing just the Power Five, the Big East and the Ivy League.

In Evans' first season in 2018-19, the program boasted a pair of 400-point scorers in Addison Stoller and Meredith Hamlet - the first time since 2007-08 two Valpo players reached the 400-point mark. Frederick was named an MVC All-Freshman Team honoree that year as well.

Upon her arrival, Evans immediately instituted a style of play on both sides of the ball which encourages aggressiveness. On the offensive end, her teams are known for their propensity to shoot 3-pointers. Evans' first three seasons at the helm have seen Valpo's top-3 single-season total 3-pointers made, including a program-record 276 in her first season in 2018-19 - a mark which ranks seventh in MVC history. Valpo has ranked among the top-25 in the nation in 3-pointers/game all three years, with the 2020-21 squad setting a program single-season record by averaging 9.0 triples/game.

Prior to Evans' arrival, Valpo had made 14 or more 3-pointers in a game just nine times in program history. In the three seasons with her at the helm, Valpo owns nine more games with 14+ triples, including twice matching the program single-game record of 17.

Meanwhile defensively, Evans' teams have racked up steals at a high rate, averaging at least 8.9 steals/game in each of her three seasons. Each of the last two years has seen Valpo rank among the top-40 teams nationally in steals/game, with the 2019-20 squad totaling 300 steals - the program's highest single-season total since 2002. Valpo has also boasted the conference leader in steals each of the last two years as well.

Evans brought 15 years of Division I experience with her to Northwest Indiana, spending the last five seasons as an assistant coach at Ohio before her arrival at Valpo. During her time on Ohio’s staff under head coach Bob Boldon, Evans helped the Bobcats to three seasons of 22 wins or more, three postseason appearances and three Top 75 RPI finishes. The 2014-15 team established a school record with 27 wins, a 21-win improvement from two years earlier and an 18-win improvement from the previous season. The Bobcats won the 2014-15 MAC regular season and tournament titles and reached the NCAA Tournament.

At Aiken, Evans worked under Mike Brandt, who provided her with the opportunity to run the defense. When she returned to Georgia Southern under Rusty Cram, she was the offensive coach and had the chance to run practices. For six seasons prior to her appointment as Valpo head coach, she served on Boldon’s staff, first at Youngstown State and then at Ohio.