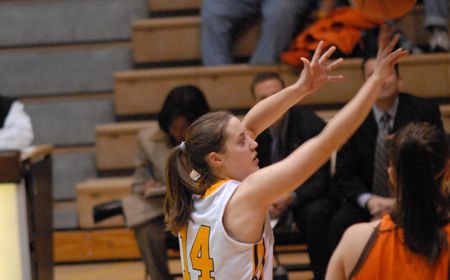 Coming Up in Crusader Hoops: Having won two straight close Horizon League contests following a 66-64 victory over UIC on Thursday evening, Valparaiso looks to continue its momentum on Saturday when the Crusaders entertain Loyola at the ARC.  The game is part of the Horizon League’s Dr. Martin Luther King, Jr. celebration.

On the Air: Thursday’s game against Loyola will be carried live on the Horizon League Network at horizonleaguenetwork.tv or through the link at valpoathletics.com.  WVUR’s Adam Amin and Nick Garling will carry all the action live from the ARC.  In addition, live stats are available via Gametracker through valpoathletics.com.

Series Notes: Valparaiso holds a 12-1 all-time advantage against Loyola in a series that dates back to February 22, 1994.  The Crusaders had won the first 11 meetings between the two schools until Valpo and Loyola split a pair of contests last season in the Crusaders’ first year as members of the Horizon League.  The Ramblers won the first meeting 64-60 in Chicago on January 12 before Valpo posted a 69-62 win at the ARC on February 7.  The Crusaders are 6-0 against Loyola at home.

Wrapping Up UIC: Launa Hochstetler tied a career high with 24 points and Katie Emig posted a new personal best with 14 more, making 7-of-10 shots from the floor, as Valpo held off a late Flames rally to defeat UIC 66-64 on Thursday evening at the ARC.  The Crusaders led by 16 points with under nine minutes to play, and still maintained a nine-point advantage with two minutes left before withstanding the late UIC surge.  Valpo shot 47.2% from the floor on the evening and made 14-of-16 from the free throw line, including four in the final 30 seconds, to earn the victory.

Scouting Loyola: The Ramblers are still looking for their first Horizon League victory of the season and have dropped six straight games overall following a 64-45 setback at Butler on Thursday night.  Loyola is just 2-5 on the road this season.  Elyse VanBogaert leads the Ramblers averaging 12.8 points and 6.7 rebounds per game.  Her numbers rank her fifth in the conference in scoring and sixth in rebounding.  Keisha Collins adds 12.2 points per contest along with 2.9 assists per game while Maggie McCloskey adds 11.1 points per night and leads the Horizon League averaging 2.9 three-pointers per game.

Valpo to Help Celebrate MLK Day: In a continuation of a tradition, the Horizon League will honor the late Dr. Martin Luther King Jr. with a student-centered arts contest.  Each of the league schools hosting games this weekend have partnered with a local elementary or middle school to organize a contest for fifth- or sixth-graders who submitted a piece of art, an essay, or a musical performance focusing on the life of Martin Luther King. Winners will be chosen from each of the schools.  Valpo has partnered with Parkview Elementary School, where the winners received tickets to the game will and be recognized on the court during pre-game festivities and receive a commemorative gift from the Horizon League. The winning projects will be displayed at the ARC.

Nearing 300 Assists: Launa Hochstetler needs just three more assists to reach 300 for her career wearing the Brown and Gold.  Hochstetler had two assists against UIC and has already moved past Lauren Bechtold (2002-2006) into sole possession of sixth place all-time with 297 helpers for the Crusaders.  She is looking to become just the sixth player in Valpo history to reach the 300 assist mark for a career.  Hochstetler needs 43 more helpers to move into the top-five all-time wearing the Brown and Gold.

Hochstetler Matches Career Best: Launa Hochstetler broke out of a shooting slump on Thursday evening, making 9-of-16 shots from the floor on her way to pouring in 24 points against UIC.  The 24 points tied her career best set earlier this season at South Dakota State.  Hochstetler’s 24 points also match a season high for the Crusaders, which also was matched by Agnieszka Kulaga at Central Michigan.  Hochstetler also shot well from the charity stripe in the game, making five out of six free throws.

Posts Step Up Big in Last Two Games: Coming off the bench last Saturday, Sylwia Zabielewicz was just one rebound shy of her first double-double with the Crusaders last Saturday against Detroit.  The junior college transfer scored 20 points, 14 more than she had in any other game this season, while pulling down nine boards, two more than her previous season high.  Katie Emig then followed Zabielewicz’s example on Thursday night, pouring in a career-high 14 points against UIC while making 7-of-10 from the floor.  She surpassed her previous high of 13 points scored against the Flames one year ago.

Lineup Shuffling: After maintaining the same starting five for the first nine games of the season, the Crusaders have now used five different lineups in the last seven games.  Aimee Litka and Launa Hochstetler are the only to Valpo players to start all 14 games.  In fact, nine different Crusaders have been on the floor to start a game this season.

Among the Nation’s Best at the Free Throw Line: Launa Hochstetler and Agnieszka Kulaga rank 18th and 19th respectively in all of NCAA Division I at the free throw line this season through January 11.  Kulaga leads the Horizon League shooting 89.1% (41-of-46) from the free throw line this season.  Hochstetler is shooting 87.7% for the season following Thursday’s game.  For her career, the senior is an 84.9% shooter from the charity stripe and needs 13 more attempts to qualify for Valpo’s career leaderboard.

Stealing from the Titans: Launa Hochstetler has become a pickpocket for the Crusaders when playing Detroit.  The senior guard tied her career high with six steals on Saturday against the Titans, a number she had previously set against the same school last season.

Kulaga Nearing Top-20 All-Time at Valpo in Scoring: Agnieszka Kulaga has the opportunity to move into the top-20 all-time at Valpo in scoring within the next game or two.  The senior guard has scored  810 career points (8.8 per game), and needs just 20 more to match Jill Otto’s (1985-1989) 20th place mark of 830 points.

Freeman Reaches Several Milestones: Head coach Keith Freeman has reached three milestones already this season.  Valpo’s victory against Florida State on November 29 was the 375th of his career overall coaching women’s basketball.  He coached his 600th collegiate game at Wright State on January 8 and recorded his 250th victory on the Crusader sidelines on January 10 against Detroit.

Kulaga Nearing Top-15 in Assists: Agnieszka Kulaga had three assists against UIC and now has 221 career assists to rank 16th all-time wearing the Brown and Gold.  Next up on the assist charts for Kulaga is Stephanie Greer (1987-1991), who is 15th with 224 career helpers, three more than the senior.

Litka Among Top-10 All-Time in Triples: Aimee Litka made one more three-pointer against Detroit to move within one triple of Heidi Diefenthaler’s (1992-1996) seventh place total of 140 treys while wearing the Brown and Gold.  Litka currently ranks eighth with 139 career three-pointers.