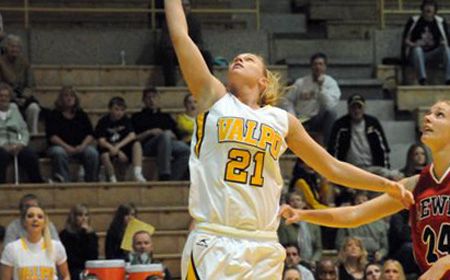 Upcoming in Crusader Basketball: After opening the 2010-2011 season with three games on the road, the Valparaiso Crusaders return to the Athletics-Recreation Center on Wednesday evening for their home opener entertaining instate rival Ball State.

On the Air: Wednesday’s game will be broadcast live on WVUR (95.1-FM, Valparaiso) as well as online at www.valpoathletics.com.  Mike Targonski and Nick Garling will be calling all of the action live from the Athletics-Recreation Center.  The game can also be seen live online through the Horizon League Network.  Live stats will be available through www.valpoathletics.com for the game as well.

Head Coach Keith Freeman: In his 17th season on the Valparaiso bench, Keith Freeman has a 270-204 (.570) record at the helm of the Brown and Gold.  In his 23rd season overall, Freeman has a 399-251 (.614) career mark.  He is Valpo’s all-time winningest coach and has amassed more than half of the victories in the program’s history.

Series Notes: Ball State leads the all-time series between the two Hoosier State schools 9-5 following a 71-64 win in Muncie, Ind. last year.  Prior to last year’s game, Valpo had won five of the last six meetings between the two schools.  Ball State holds a 3-1 advantage in Valparaiso but the Crusaders won the last meeting at the ARC 64-55 in 2007.  The series began January 22, 1973.

Wrapping Up Lamar: The Crusaders hung with the Cardinals for nearly 30 minutes on Saturday afternoon, but an 11-0 run over five-and-a-half minutes proved to be the difference as Lamar defeated Valpo 74-58 down in Beaumont, Texas.  Playing in the final game of the WNIT, the Crusaders and Cardinals were knotted at 30 at halftime.  Lamar went on a 10-0 run early in the half which Valpo answered, but the Crusaders could not answer the final run.  Betsy Adams led Valpo with 15 points while Ashley Timmerman came off the bench to score 10.  Jenna Plumley led five Cardinals in double figures with 14 points and six assists.  Valpo was outrebounded 41-32 and committed 22 turnovers in the setback.

Scouting Ball State: The Cardinals have split their first four games of the season after defeating Evansville 61-58 on Saturday in Muncie, Ind.  Ball State has faced two Horizon League foes already on the season, downing Wright State (64-63) and falling at Detroit (78-60).  Emily Maggert leads the Cardinals in scoring and rebounding, averaging a double-double at 15 points and 11 boards per contest.  Suzanne Grossnickle has added 11.8 points and 6.8 rebounds per game.  Ball State is outrebounding opponents by nearly six boards per game, but has committed 21.5 turnovers per contest.

Rough Stretch to Open the Season: Participating in the Preseason WNIT, Valparaiso faced three teams that earned berths in the NCAA Tournament one year ago.

Pencil In the Points: Betsy Adams has scored at least 15 points in each of the first three games of the season for the Crusaders, including a 20-point effort against Austin Peay last Friday.  Adams is tied for third in the Horizon League averaging 16.7 points per game.

Lange Produces Career Marks: Gina Lange made the most of her career-high 34 minutes against Lamar on Saturday.  The sophomore post matched her career best with eight points and set a new career high with eight rebounds, including four on the offensive end.  Through three games Lange has already played in 65 minutes this year, half of her entire total of 130 minutes played during her rookie campaign.

Instant Offense: Maegan Callaway gave the Crusaders an offensive spark off of the bench against Lamar, scoring seven points in just six minutes of action.  The freshman went 3-for-4 from the floor and also grabbed four rebounds, including two on the offensive glass.

From Downtown: Valparaiso leads the Horizon League averaging 7.3 three-point field goals per game this season.  Betsy Adams leads the conference individually with 3.3 triples per game, and is fourth shooting 47.6% from beyond the arc.  Ashley Timmerman has made 5-of-12 (41.7%) as well while seven different Crusaders have made at least one shot from long range this season.

A Texas Outlaw: Laura Richards registered seven steals last weekend in Beaumont, Texas.  She tallied four steals against Austin Peay in the Crusaders’ first win of the year on Friday and followed it up with three more thefts against host Lamar on Saturday.

Timmerman Steps Up: Ashley Timmerman has made nearly 59% of her shots from the floor over the last two games while posting a pair of double digit scoring efforts.  She tallied 16 points against Austin Peay and had 10 more against Lamar.

Newcomers Account for Major Minutes: Valparaiso’s newcomers have accounted for 39.5% of the Crusader minutes on the floor this season.  Led by freshman Tabitha Gerardot who is averaging 29.3 minutes per contest, the newcomers have been on the floor for 237 out of 600 minutes already this year.

This and That: In just 29 total minutes this season, Maegan Callaway has been to the free throw line a team-leading 12 times ... Valpo faces the second of four Big East teams on its schedule Sunday, hosting Cincinnati.