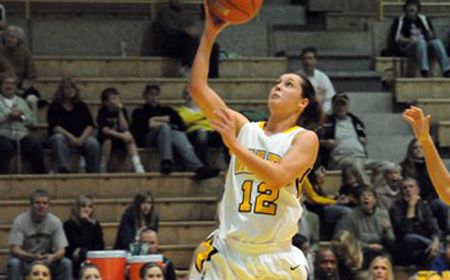 Upcoming in Crusader Basketball: Valparaiso returns from Thanksgiving to wrap up its brief two-game homestand on Sunday afternoon when the Crusaders entertain Cincinnati at the Athletics-Recreation Center.  The Bearcats are the first of three Big East opponents that are scheduled to visit the ARC this season.

On the Air: Sunday’s game will be broadcast live on WVUR (95.1-FM, Valparaiso) as well as online at www.valpoathletics.com.  Mike Targonski and Keaton Gillogly will be calling all of the action live from the Athletics-Recreation Center.  The game can also be seen live online through the Horizon League Network.  Live stats will be available through www.valpoathletics.com for the game as well.

Head Coach Keith Freeman: In his 17th season on the Valparaiso bench, Keith Freeman has a 270-205 (.568) record at the helm of the Brown and Gold.  In his 23rd season overall, Freeman has a 399-252 (.613) career mark.  He is Valpo’s all-time winningest coach and has amassed more than half of the victories in the program’s history.

Series Notes: Valparaiso and Cincinnati are meeting for just the third time on Sunday in a series that began on Nov. 16, 2007.  Both previous meetings were played in Cincinnati, Ohio, with the Bearcats prevailing.  Last year Cincinnati posted a 62-50 win in a game in which the Crusaders led with less than eight minutes to play.

Wrapping Up Ball State: Valparaiso shot just 26.7% from the floor in the second half as the Cardinals extended a two-point halftime advantage, on the way to defeating the Crusaders 66-52 on Wednesday evening at the ARC.  Betsy Adams led Valpo with 18 points, shooting 7-of-11 from the floor, but Emily Maggert posted a double-double for Ball State with 19 points and 13 boards to lead all players.  Gina Lange grabbed a career-best 13 rebounds for the Brown and Gold while Laura Richards also pulled down a career-high nine boards.  The Cardinals outrebounded Valpo 50-41, pulling down 19 boards on the offensive glass.

Scouting Cincinnati: The Bearcats are off to their best start since the 2006-2007 season after defeating Mount Saint Mary’s 67-47 on Tuesday evening in Cincinnati.  Shareese  Ulis leads the Bearcats averaging 13.3 points per game while Shelly Bellman adds 9.3 points per night off of the bench after scoring 19 on Tuesday night.  Cincinnati is outrebounding opponents by 12 boards per game thus far this season and shooting 42.5% from the floor.  The Bearcats are allowing just 44.8 points per contest and forcing the opposition to just 29.5% shooting from the field.  Cincinnati will be playing its first game away from home on Sunday when the Bearcats visit Valparaiso.

Crusaders Joining the Big East?: Cincinnati will be the second of four Big East foes Valparaiso will face in 2010-2011, accounting for a quarter of the teams in the power conference.  The Crusaders already met DePaul (lost 84-53) in the Preseason WNIT and will also host Pittsburgh and Notre Dame later on this season.  Cincinnati will mark the 50th game Valpo has played all-time against a member of the current Big East and the Crusaders are still looking for their first victory against the conference.

Pencil in the Lineup: Coach Keith Freeman has been a model of consistency over the first four games of the season, starting the same combination in each game.  Betsy Adams, Tabitha Gerardot, Gina Lange, Rashida Ray, and Laura Richards have all taken to the floor for the opening tip.  Freeman has gone 10 players deep on the bench in all four games with Stephanie Thomas making it 11 deep in three of the four contests.

Ho Hum, Just Another Double Figure Night: Betsy Adams has scored at least 15 points in each of the first four games of the season for the Crusaders following her 18 point effort against Ball State on Wednesday night.  Adams is  averaging 17.0 points per game this season, and is following in the footsteps of 2009-2010 when she opened her sophomore campaign with seven straight double figure scoring games.

Lange Has Career Rebounding Night: Gina Lange, who had 24 total rebounds all of her freshman season, had more than half of last year’s total on Wednesday night when she pulled down a career-best 13 boards.  The sophomore already has 30 rebounds this season in just four games, and leads the Brown and Gold averaging 7.5 per night.

Richards Also Gets to the Glass: Despite being just 5-9, point guard Laura Richards did her job rebounding against Ball State on Wednesday, grabbing a career-best nine boards.  She had four rebounds on the offensive end of the floor and dished out four assists for the third straight game as well.

From Downtown: All 11 Crusaders that have seen the floor this season have already attempted at least one three-point field goal.  Eight of the 11 players have drained a shot from beyond the arc, led by Betsy Adams who is shooting 46.2% from long range making 12-of-26.

Newcomers Account for Major Minutes: Valparaiso’s newcomers have accounted for 38.4% of the Crusader minutes on the floor this season.  Led by freshman Tabitha Gerardot who is averaging 29.0 minutes per contest, the newcomers have been on the floor for 307 out of 800 minutes already this year.

This and That: Betsy Adams is leading the Crusaders averaging 32 minutes per contest ... Ashley Timmerman is second behind Adams in scoring, tallying 8.3 points per night ... Valpo lost its home opener for the first time in six years on Wednesday night ... the Crusaders have yet to outrebound an opponent on the season ... opponents have made as many free throws (54) this year as the Crusaders have attempted.