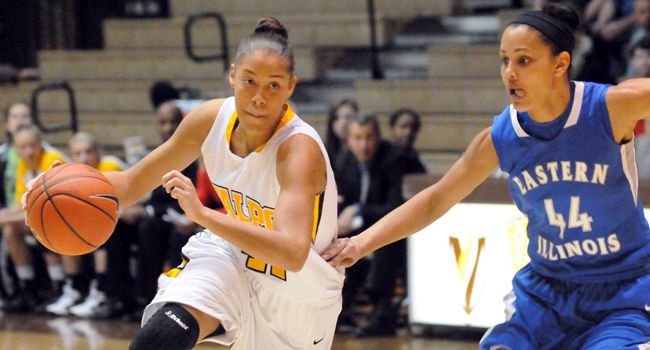 Upcoming in Crusader Basketball: After a week off from competition, Valparaiso returns to the hardwood on Saturday afternoon to entertain longtime rival Butler.  The Crusaders will be wrapping up a three-game homestand when facing the Bulldogs, and are looking for their first Horizon League victory of the season.

Head Coach Keith Freeman: In his 18th season on the Valparaiso bench, Keith Freeman has a 280-237 (.542) record at the helm of the Brown and Gold.  In his 23rd season overall, Freeman has a 409-284 (.590) career mark.  He is Valpo’s all-time winningest coach and has amassed more than half of the victories in the program’s history.

Series Notes: Valparaiso and Butler are meeting for the 26th time in a series that dates back to 1980.  The Bulldogs lead the all-time series 20-5 between the two Hoosier State rivals, and have won six of the last seven contests, including four straight.  Last year Butler posted a 61-49 win in Indianapolis on Jan. 2 and downed the Crusaders 57-50 on March 5 at the ARC.  Butler holds a 9-3 series advantage at the ARC.  Valpo’s last win against the Bulldogs came on Feb. 21, 2009 at the ARC, 75-65.

Wrapping Up Youngstown State: The Crusaders took a three-point lead into the locker room last Saturday afternoon, but the Penguins went on a late 10-1 run to defeat Valpo 55-48 at the ARC.  Valpo went 0-for-13 from three-point range and shot just 30% from the floor on the night.  Tabitha Gerardot led the Crusaders with 19 points while Gina Lange added 13 more.  Ashley Varner pulled down a career high 15 rebounds.  Kenya Middlebrooks led Youngstown State with 18 points.

Scouting Butler: The Bulldogs have won five of their last seven games overall, including two straight, following a 67-43 win over Cleveland State last Saturday in Indianapolis.  Haley Howard and Devin Brierly lead Butler averaging 10.9 and 10.6 points per game respectively.  Howard is shooting 45.5% from the floor and is 94.7% from the free throw line, tops in the Horizon League.  As a team Butler is shooting 38.7% from the floor while forcing 18.7 turnovers defensively.  The Bulldogs are still looking for their first true road victory of the season, having won a one-point neutral site game against Harvard for their lone win away from Hinkle Fieldhouse this season.

Varner Pulls Down Lots (and Lots) of Missed Shots: Ashley Varner grabbed a career high 15 rebounds for the Crusaders last Saturday against Youngstown State.  The fifth-year senior has tallied double figure rebounding totals in nine of Valpo’s last 11 games and ranks sixth in the conference averaging 9.7 boards per game.  Only once this season has Varner grabbed less than seven rebounds (five at Wright State on Dec. 28).

Gerardot a Consistent Scorer: Tabitha Gerardot matched her season high with 19 points for the Brown and Gold last Saturday against the Penguins.  The sophomore post has tallied double figures for the Crusaders in 10 of her last 11 games and now ranks 13th in the conference in scoring averaging 12.6 points per night.  Gerardot has scored at least seven points in every game this year for Valpo.

Need to Make Shots: Valpo is 4-1 this season when shooting better than its opponent from the floor.  However, the Crusaders have failed to win a game in 10 tries when the opposition has filled the cylinder more than the Brown and Gold.  Ironically, the Crusaders have shot better than 40% from the floor just five times this year, the four victories as well as an overtime loss in the season opener to SIU Edwardsville.

Picking Pockets: Laura Richards has moved into second place in the Horizon League averaging 2.9 steals per game after tying her career high with six thefts against the Penguins last weekend.  The junior point guard has registered four or more steals in five of Valpo’s last six games.  With 41 steals on the year, she has already set a new career high for a single season with a minimum of 15 games still yet to be played.

No Rest for the Weary: Both Laura Richards and Jessica Carr played all 40 minutes for the Crusaders last Saturday against Youngstown State.  Gina Lange nearly matched the other two, having merely 25 seconds of rest during the first half.  For Richards, it marked the fourth time this season she has played every second while Carr was making her first collegiate start for the Brown and Gold on her way to going the distance.  Ashley Varner set a new career high with 38 minutes played in the game while Tabitha Gerardot also played 38 minutes, one off of her career high.

Playing Defense: Valpo ranks second in the Horizon League in scoring defense this season, allowing just 56.5 points per contest.  The Crusaders have allowed just one opponent to score more than 70 points against them (Montana State, 71) and have held five teams to 50 points or fewer for the game.

Moving Up the Rebounding List: Ashley Varner has continued to climb the Crusaders’ all-time rebounding charts this season.  The fifth-year senior has pulled down 461 career boards, passing Sarah Schmoyer (1992-1996) for 17th on the all-time list after her 15-rebound effort last Saturday against  Youngstown State.  Varner is two rebounds shy of Robyn Lippert (1987-1991) for 16th on Valpo’s career chart and is just 24 boards behind Denise Dunbar (1982-196) for a spot in the top-15 all-time.

Not Much Contact Here: With such a short bench, fouls have become a premium this season for the Crusaders.  Valpo has done a good job of staying out of foul trouble all season, committing just 192 total fouls in 15 games, an average of 12.8 per contest, the eighth fewest in the country.

Who’s in the Lineup Tonight?: Due to injuries and illnesses this season, only three Crusaders have appeared in all 15 games this season.  Gina Lange, Tabitha Gerardot, and Ashley Varner are the only players that have played in and started each contest.

This and That: Valpo will honor students from Parkview Elementary School prior to Saturday’s game as part of the annual Martin Luther King, Jr. celebration ... Valpo is just 2-for-33 (6.1%) from three-point range over the last two games ... Ashley Varner ranks 37th in the country averaging 9.7 rebounds per game ... Valpo has registered 10 double-doubles already this season.