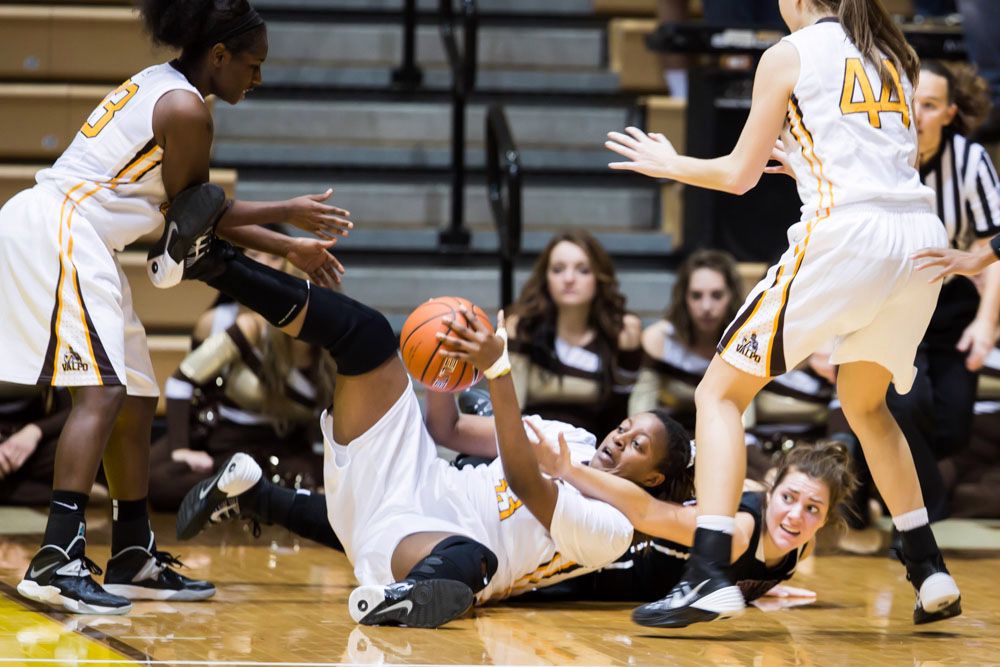 Sharon Karungi (Kampala, Uganda/[Northern Oklahoma College]) was a force inside Friday, but perimeter shooting betrayed the Crusaders as they connected just once on 15 attempts from beyond the arc in a 65-47 loss to Florida International in the first game of the 19th Annual FIU Thanksgiving Classic in Miami.

Panthers' guard Jerica Coley was as good as advertised as her 30 points led all scorers. The senior was 12-of-21 from the floor in addition to draining six free throws.

The Crusaders shot just 8-of-33 (24.2%) from the field in the first half, but strong free-throw shooting kept them within striking distance. Valpo was 11 for 14 from the line in the first twenty minutes as they trailed 29-27 at the break.

Valpo's shooting increased modestly in the second frame, but a 14-4 Panther run extended the locals' lead to 53-38 midway through the period.

The Crusaders were able to muster just three points in the final six-and-a-half minutes of play as they fell to FIU by a 65-47 final.

"Sharon responded well coming off the bench, and I thought Lexi Miller competed for 36 minutes. Aside from that, we really struggled tonight. We have to shoot the ball better. Period," head coach Tracey Dorow said.

Valparaiso (0-6) will face the loser of Villanova/Montana State on Sunday. Tipoff is set for 1:00pm ET/12:00pm CT at the U.S. Century Bank Arena in Miami.