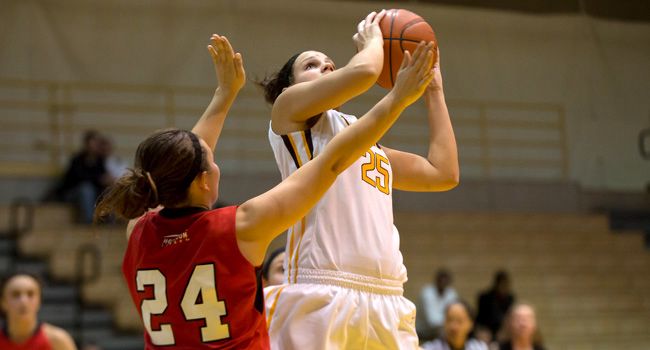 Next Up in Crusader Basketball: The Crusaders open February with their swing trip to Wisconsin. Valpo will kick off the trek with an afternoon tilt against Milwaukee on Saturday. The Brown and Gold arrive in Milwaukee as the Panthers are on the tail end of a four-game homestand. A Valpo win would pull the Crusaders even with Milwaukee for seventh place in the Horizon League.

Last Time Out: Valpo enjoyed of one its best shooting displays Monday night versus Cleveland State, but 15 first half turnovers kept the Crusaders from their second straight conference victory. The Vikings received 24 points from Cari Coleman and seven three pointers from Adesuwa Aideyman en route to a 76-66 win over Valpo. Jessi Wiedemann posted a career-high 21 points while Liz Horton added 15 of her own. Abby Dean secured her third straight game with a field goal percentage of 70% or better with 5-of-7 shooting as part of a 12-point night.

Series Notes: Milwaukee owns a 15-7 edge over Valparaiso in a series that started in 1983. The Crusaders have won two out of the last three meetings after shaking a five-game losing streak to the Panthers that spanned from March 2010 to February 2012.

Storylines...
- The Crusaders have gotten career-high point totals from two different players in the last two games (Dean, Wiedemann).
- Saturday is Valpo’s first February 1st game since 2003.
- The Panthers and Crusaders are currently ranked 8th and 9th respectively in offensive rebounding.
- Jessi Wiedemann shot 44.4% from the field during the 2012-13 season series versus Milwaukee.
- Only Cleveland State (35.4) has a better 3FG% than Milwaukee (33.5) in the Horizon League.
- The Crusaders and Panthers split the 2012-13 season series with each team claiming road wins.
- UWM guard Angela Rodriguez scored 15 points in both games last season versus Valpo.

@MKE_WBB
- @MKE_WBB has collected road wins over New Mexico State, Green Bay, and Omaha.
- @MKE_WBB has three players averaging 12 or more points per game (Rodriguez 17.5 PPG, Ashley Green 14.3 PPG, Avyanna Young 12.2 PPG).
- Rodriguez leads the Horizon League with 116 assists. She’s 29 ahead of Wright State’s Tay’ler Mingo (2nd most).
-Rodriguez also leads the HL in free-throw percentage (89.9%).
- Five @MKE_WBB players are shooting 40% or better from the floor.
- @MKE_WBB is averaging just under 25 three-point attempts per game.
- Kyle Rechlicz is in her second season as head coach of the Panthers.
- Rechlicz graduated from University of Wisconsin where she helped the Badgers to four postseason appearances.

Jessica Carr
- Tallied seven steals versus Detroit on 1/23/14.
- Gave out a career-high six assists at UIC on 1/21/14.
- Scored 12 points and had four assists in just her second game of the season.
- Made her season debut versus Western Michigan on Dec. 29th, where she scored five points and notched an assist, steal, and rebound.

Abby Dean
- Has shot 70% or better from the floor in the last three games.
- Poured in a career high 20 points and six steals vs. Detroit on 1/23/14.
- Has knocked down five field goals in eight different contests.
- Has started every game for the Crusaders.
- Tallied a then career-high 17 points at Tennessee Tech on Nov. 24th.
- Scored first collegiate points at Cameron Indoor Stadium on 11/23/12.
- Made collegiate debut on November 14th versus Purdue-Calumet.
- Tossed in 11 points in 19 minutes vs.Western Michigan last season.

Charae Richardson
- Has recorded at least one steal in each of the last eight games.
- Has scored 13 or more points in seven contests.
- Scored a career-high 23 points versus Montana State on 12/1/13.
- Dished out a season-high seven assists at Tennessee Tech.
- Leads team in points/game (11.1) and total assists (57).
- Scored 15 points in the season opener at Saint Louis on Nov. 10th.
- Played in all 31 games for the Crusaders last season, including 28 starts.
- Carried an 84.1 free-throw percentage.
- Finished second on the team last season in 3-pointers (24) and assists (95).

Sharon Karungi
- Shot a season-best 80% (8-10) from the floor vs. WSU on 1/18/14.
- Scored a career-high 21 points in her first HL game (1/9/14).
- Leading rebounder (7.3) for the Crusaders.
- Averaging 9.8 points per game.
- Grabbed 14 rebounds in both games of the Toledo Invite en route to Most Valuable Player recognition.
- Scored the game-winning put-back with three seconds to play against Toledo.
- Registered 17 points and 14 boards versus FIU for her third double-double of the season.
- Tallied her second double-double at Tennessee Tech, scoring 11 points and collecting 10 rebounds.
- Recorded her first double-double at Illinois on Nov. 12th, throwing in 15 points and grabbing 12 boards.

Jessi Wiedemann
- Scored a career-high 21 points vs. Cleveland State on Monday.
- On a streak of six games where she’s handed out multiple assists.
- Named to Toledo Invite All-Tournament Team after scoring 15 versus Chicago State and 14 against Toledo.
- Has made multiple three-pointers in eight games in 2013-14.
- Snapped a season-starting 0-14 slump from behind the arc at #6 Notre Dame, nailing three treys in a nine-point game.
- Played all 40 minutes in the season opener at Saint Louis and set career highs in blocks (4) and steals (3) while scoring six points.
- Appeared in all 31 games including four starts as a freshman.
- Made collegiate debut versus Indiana.
- Scored 13 points off the bench versus Detroit on Mar. 9th, 2013.