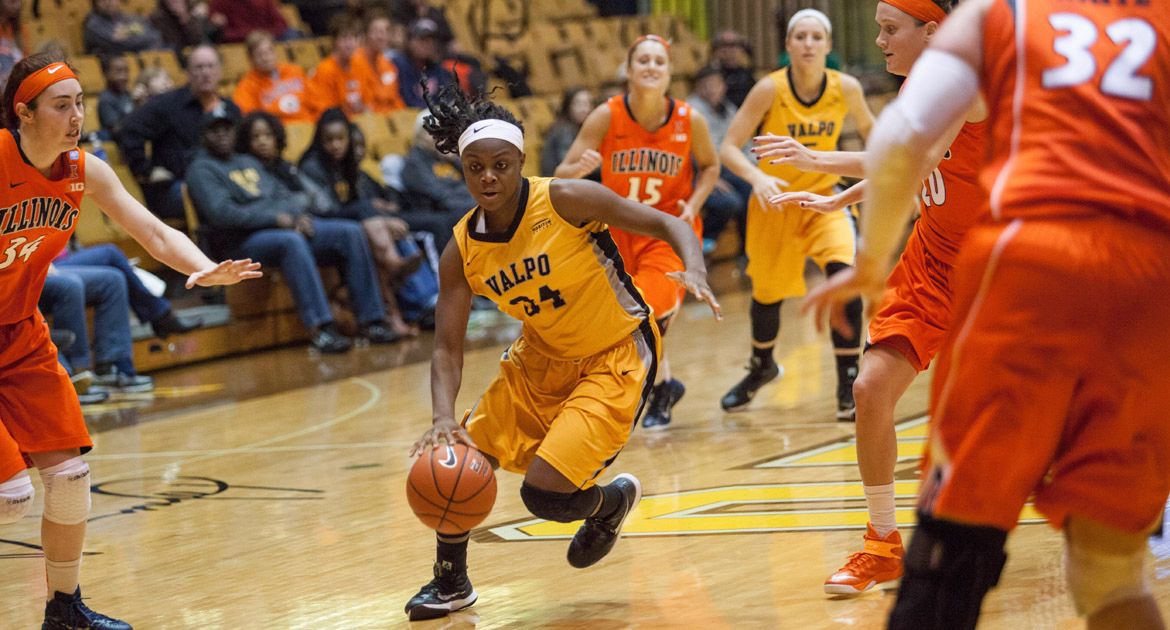 The Crusaders burst out of the gate with a 20-4 game-opening run. Hamlet dropped in seven of her ten points during the seven-minute spurt.

Purdue-Calumet sliced the first-half deficit to single digits on a three-pointer from Jada Buggs at the 8:30 mark, but Carr quickly expanded the Crusader lead back to 12 points with a triple from the wing. Carr's three-pointer ignited a 13-2 run for the home team.

Franklin erupted for 16 points off the bench in the opening period. She converted seven of her 14 field goal attempts and hauled in six boards. Carr added nine points and six rebounds in the first half as Valpo enjoyed its second-largest halftime lead of the season at 54-35.

The Peregrines assembled a stout retort out of the locker room. Valparaiso was able to do little to stave off Buggs over the final twenty minutes. The Wisconsin transfer sank four treys to keep Purdue-Calumet within striking distance at the midway point of the closing period. Buggs finished the night with a game-high 30 points.

Valpo's advantage diminished to seven before Walker and Carr gave their team some breathing room with perfect trips to the charity stripe. Thompson eclipsed the double-double plateau via a layup with 7:39 to play. Hamlet, Thompson's roommate, matched the feat 11 seconds later when she corralled the rebound off a Cassidy Deno three-point attempt on the other end.

Thompson ended the night with 15 points and 11 rebounds (both season bests) while Hamlet tallied 10 points and 12 boards.

Walker led the Crusader charge in the paint in the second half. The freshman put up 16 points over the final twenty minutes. She finished with 20 points on a strong 7-for-8 shooting night. Six of her points came from the foul line.

Carr secured her tenth rebound with 2:15 to play to signal her first career double-double. Franklin's 25 points paced the Brown and Gold. Her ten field goals made is a new career high.