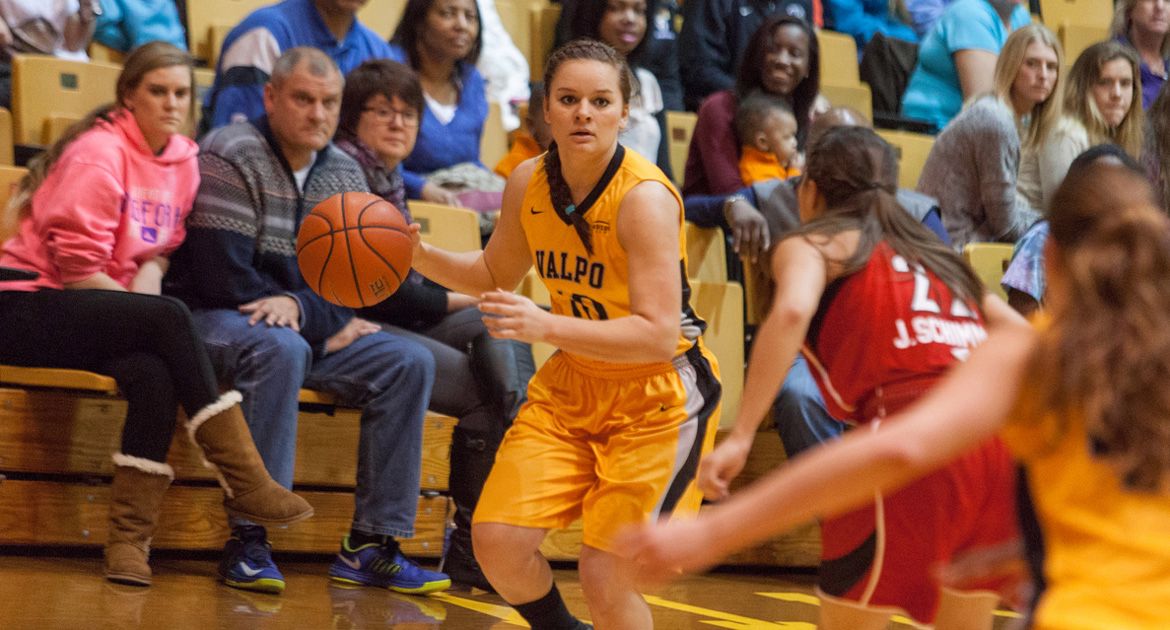 Next Up in Crusader Basketball: Valparaiso continues one of its longest home stretches of the season Thursday when Oakland visits the ARC for a 7:05 pm tipoff. The Golden Grizzlies made quick work of the visiting Milwaukee Panthers in their league opener last Saturday. Meanwhile, the Brown and Gold are in pursuit of their first Horizon League victory of the 2014-15 season.

Last Time Out: UIC’s sweltering defense limited Valpo to its lowest point total since Nov. 18th in an 86-56 affair at the ARC on Saturday afternoon. Flame forward Ruvanna Campbell stole the show with a 30-point, 19-rebound game. Jasmyn Walker led the scoring attack for the Crusaders for the third consecutive game as the freshman poured in 19 points on 6-of-10 shooting. Redshirt sophomore Annemarie Hamlet added 10 points of her own.

Head Coach Tracey Dorow: Tracey Dorow (21-56) is in her third season at the helm of the Valparaiso women’s basketball program in 2014-15. She collected her 250th career victory on November 14th, 2014 after a 91-57 walloping of Butler. In her first season, Dorow led the Crusaders to eleven victories overall, including five in Horizon League play. Dorow arrived in Valparaiso after 14 seasons at Ferris State. She compiled a 232-163 record while with the Bulldogs. Furthermore, Ferris State posted the #1 grade point average in all of Division II for the 1999-2000 women’s basketball season as well as the #2 ranking in 2002-03.

Series Notes: Oakland holds a 14-10 advantage all-time over the Brown and Gold in a series that started just before the turn of the century. The Crusaders and Golden Grizzlies split last season’s regular season series. Valpo’s 84-70 win over Oakland last February snapped a streak of four straight Grizzly triumphs.

Lexi Miller
- One of two Crusaders that has more assists (32) than turnovers (25).
- Finished a point shy of her career-high at NIU (Nov. 20) as she guided Valpo with 17 points on 4-of-5 shooting from three-point range.

Haylee Thompson
- Has scored in double figures three of the last four games.
- Set season highs in points (15) and rebounds (11) vs. Purdue-Calumet.