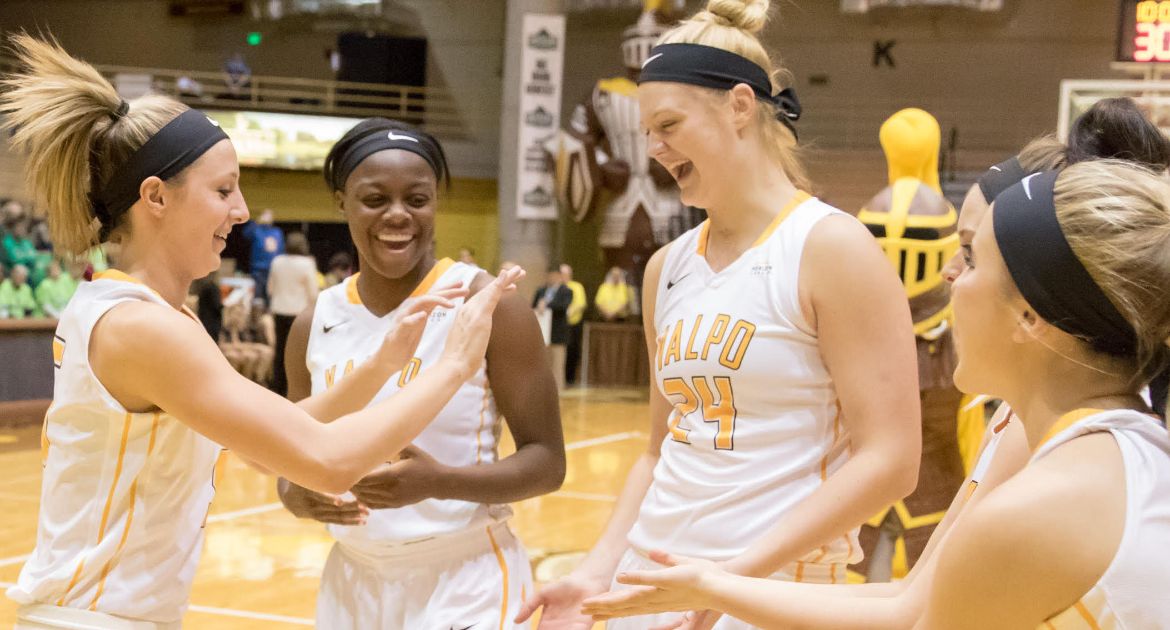 The Crusaders had a rough go of it versus a hyperactive Irish defense. Notre Dame accumulated 19 steals on the evening, 12 of which came via the freshman Mabrey. Freshman Amber Lindfors (Elk Grove Village, Ill./Elk Grove Village) converted on a first-quarter layup to make it 6-4 tilt just two minutes in. However, Mabrey and Brianna Turner spearheaded a 16-0 Irish run to pull away early.

Lindfors, Hannah Schaub (Brooklyn Park, Minn./Park Center), and Meredith Hamlet (McBain, Mich./McBain) each had five points at the break, but the Brown and Gold were behind 53-18 at that point.

After being stymied to a 17.9% (5-for-28) field goal percentage in the first half, the Crusaders made some nice adjustments and shot 12-for-24 (50%) in the latter quarters. Hamlet posted five second-half points to finish in double figures with ten points. She was a perfect 4-for-4 from the foul line.

Sophomore Jasmyn Walker (Muskegon, Mich./Mona Shores) tallied nine points (3-7 FG) and four boards while classmate Dani Franklin (Cedar Rapids, Iowa/George Washington) was 2 of 4 (1-2 3FG) as she scored all five of her points after the halftime buzzer. Lindfors carved out a seven-point, six-rebound night.

Notre Dame notched 25 assists on 43 field goals while enjoying a 46-27 rebounding margin. ND's lone blemish was a 20-for-42 night from the charity stripe. Mabrey ended the evening with 18 points, 12 steals, and 10 assists to achieve just the fifth triple-double in school history.

Notre Dame (4-0)'s perfect record remains intact as they head to the Bahamas to face Denver in the Junkanoo Jam.

Valpo (0-2) will have a few days to prepare for its Thanksgiving tournament. The Crusaders will fly west to take part in the USD-Courtyard San Diego Central Classic beginning Friday at the Jenny Craig Pavilion. Tipoff versus the host Toreros (3-0) is slated for 6:00 pm CT/4:00 pm PT from the "Slim Gym." Links to the audio and live stats will be available at ValpoAthletics.com.