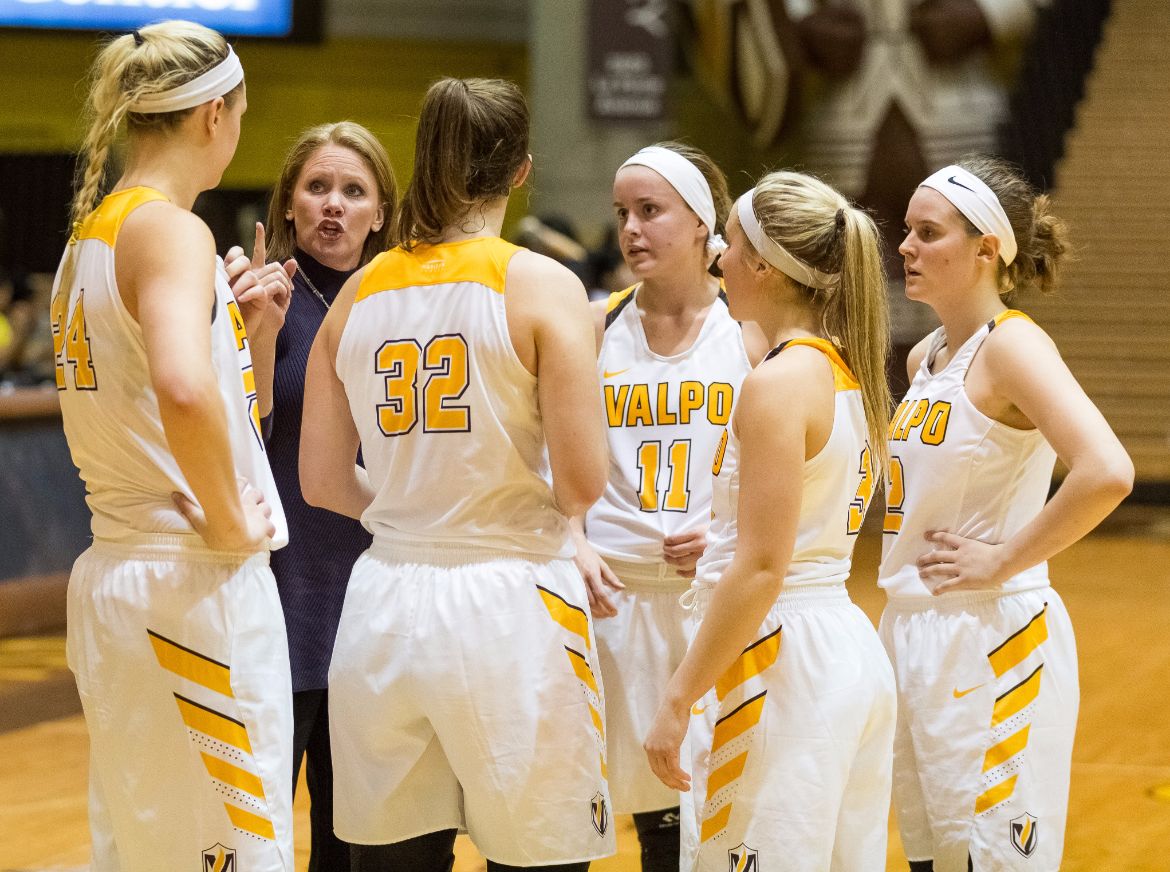 Next Up in Crusader Basketball: After matching its highest nonleague win total since joining the Horizon League, the Valparaiso University women’s basketball team turns the page to conference play on Thursday for the first of back-to-back games in the state of Michigan. The Crusaders crack up conference activity against Detroit Mercy, a team seeking revenge after Valpo ended its season with an upset win in the Horizon League quarterfinals a year ago.

Last Time Out: The Crusaders closed out the nonleague portion of the schedule with a 67-56 loss to Bradley on Dec. 19. Since, they’ve had nine consecutive days away from game competition during the Christmas holiday. Four Crusaders scored in double figures against the Braves, led by Meredith Hamlet with 13 points and Grace Hales with a career-high 10.

Following the Crusaders: Thursday’s Horizon League opener and every game for the remainder of the season will be available on ESPN3, WatchESPN.com and the ESPN app. In addition, the hometown call of Thursday’s game will be available via UStream with David Horak providing play-by-play and Brandon Vickrey adding color commentary. Links to live video, audio and stats are available on ValpoAthletics.com.

Head Coach Tracey Dorow: Tracey Dorow (38-96) is in her fifth season at the helm of the Valparaiso women’s basketball program in 2016-17. She collected her 250th career victory on Nov. 14, 2014 with a 91-57 win over Butler. In her first season, Dorow led the Crusaders to 11 victories, including five in Horizon League play. Last year, Valpo again reached a double-figure win total by notching 10 triumphs, including an upset of Detroit Mercy in the Horizon League Tournament. Dorow arrived in Valparaiso after 14 seasons at Ferris State. She compiled a 232-163 record while with the Bulldogs. Ferris State posted the No. 1 grade point average in all of Division II for the 1999-2000 women’s basketball season as well as the No. 2 ranking in 2002-03.

Series Notes: The most recent meeting between the two teams was one of the most dramatic and exciting games during Tracey Dorow’s coaching tenure. The Crusaders prevailed 94-91 in double overtime on March 10 in the quarterfinals of the 2016 Horizon League Tournament. The Crusaders shot 57.1 percent as a team in the game. Detroit Mercy owns a 15-10 lead in the all-time series dating back to 1989. The Titans won both regular season showdowns a year ago.