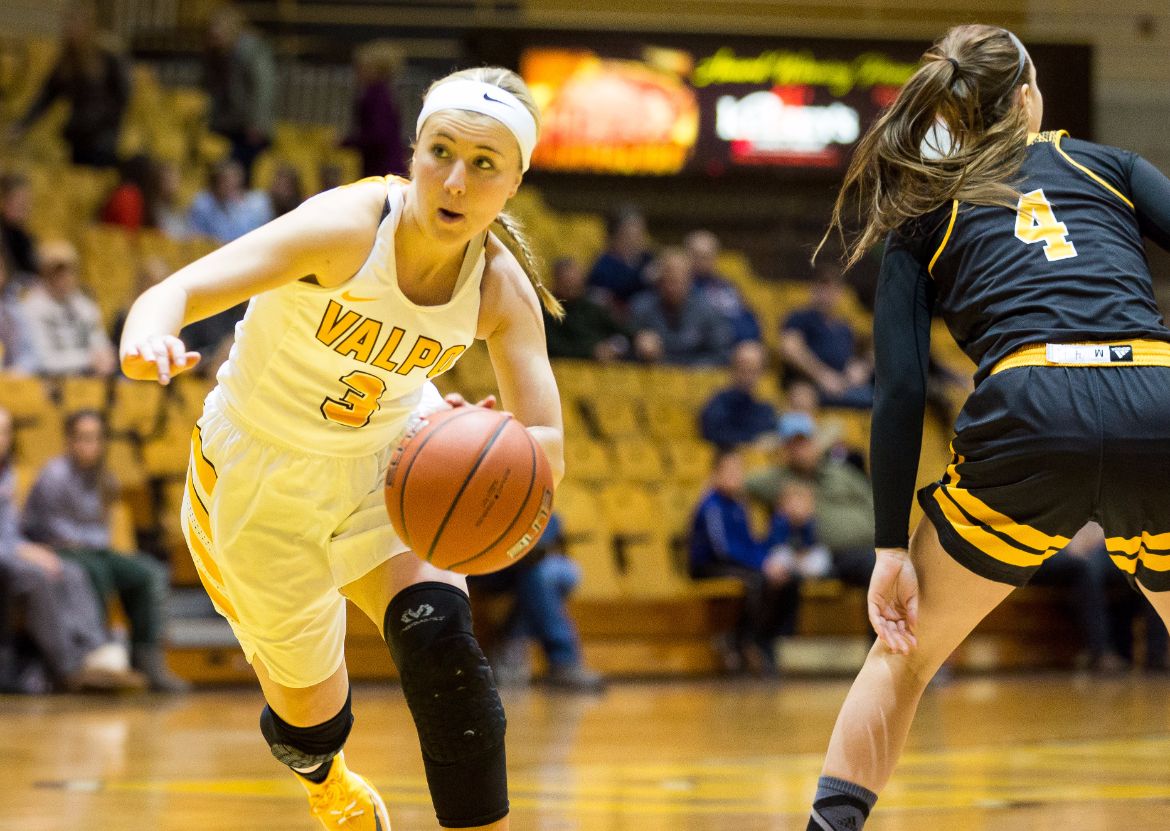 Next Up in Crusader Basketball: The Valparaiso University women’s basketball team will attempt to notch its first Horizon League win of the season on Saturday afternoon at the Beeghly Center in Youngstown, Ohio. The Crusaders face off with a Penguin team that has been hit hard by injuries this season.

Last Time Out: Valpo put together a stellar defensive effort on Thursday night at the Wolstein Center in Cleveland, Ohio, but struggled to make shots in a 71-60 loss to Youngstown State. The Crusaders went 5-of-21 (23.8 percent) from beyond the 3-point arc, and the shooting woes extended to the foul line, where Valpo went 3-of-14 (21.4 percent). Dani Franklin posted her second straight double-double 24 points and 10 rebounds.

Following the Crusaders: Saturday’s game and every game for the remainder of the season will be available on ESPN3, WatchESPN.com and the ESPN app. In addition, the hometown call can be found via UStream with David Horak (play-by-play) and Brandon Vickrey (color commentary). The radio broadcast will be joined in progress on WVUR, 95.1 FM Valparaiso at the completion of the Valpo men’s game at Cleveland State. Links to live video, audio and stats for Saturday’s game are available on ValpoAthletics.com.

Series Notes: Youngstown State holds a 24-15 advantage in the all-time series, including an 87-66 win on Feb. 26 of last season in the most recent meeting between the two teams. Valpo did pull out a 65-60 win over the Penguins in last season’s first meeting, which came on Jan. 23 at the ARC. The recent history between the two squads has heavily favored the Penguins, who have won seven of the last eight and 10 of the last 12.