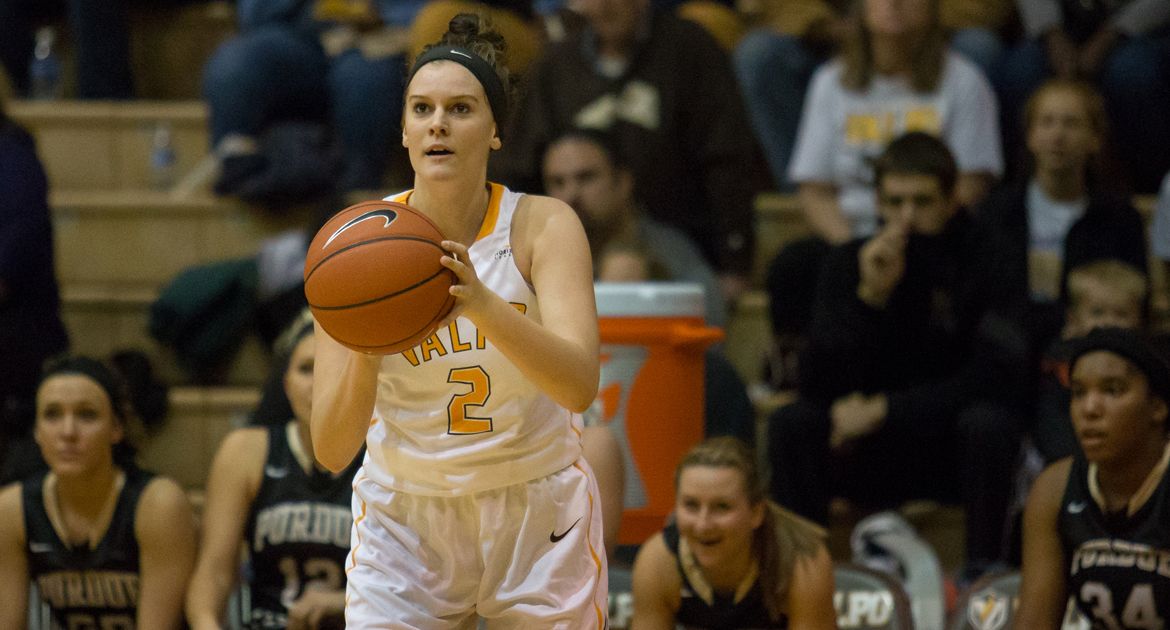 Meredith Hamlet tied a career high with 29 points and turned in her first career double-double on Saturday
Valparaiso at Youngstown State | January 14, 2017

Next Up
The Crusaders (5-12, 0-6 Horizon) continue a tough stretch of travel. They will return to Valpo on Saturday evening before departing for Green Bay on Monday morning. A date with the first-place Phoenix on Tuesday at 7 p.m. CT is looming next. The game can be seen on ESPN3, WatchESPN and the ESPN app. In addition, the hometown call can be heard with Jordan Morandini (play-by-play) and Brandon Vickrey (color commentary) on WVUR 95.1 FM Valparaiso. Links to live video, audio and stats will be available on ValpoAthletics.com.