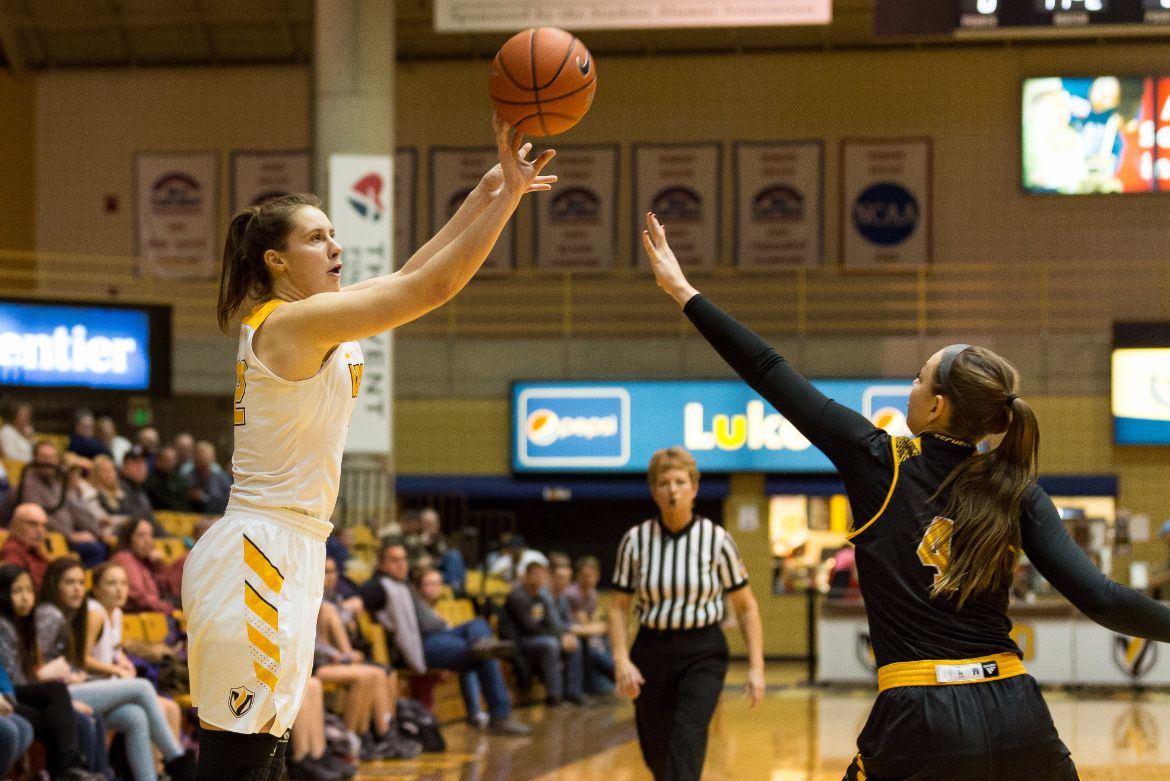 Dani Franklin scored the 1,000th point of her Valpo career on Tuesday in Green Bay.
Valparaiso at Green Bay | January 17, 2017

Junior Dani Franklin (Cedar Rapids, Iowa / George Washington) added to her long list of career accomplishments on Tuesday night at the Kress Center in Green Bay, Wis. when she scored her 1000th career point in a 56-35 loss to the Phoenix, who entered Tuesday ranked No. 25 in the USA Today Coaches Poll. Franklin reached the milestone on her second-to-last basket of the game, a jumper with 1:06 remaining. She finished the game with 15 points and becomes the 14th player in program history to join the 1,000-point club.

The Crusaders (5-13, 0-7 Horizon) will return home for a Friday night affair with Northern Kentucky (5-13, 1-5 Horizon). The game tips off at 7 p.m. at the Athletics-Recreation Center. It will be broadcast on ESPN3, WatchESPN and the ESPN app along with 95.1 FM Valparaiso. Jordan Morandini will provide play-by-play, with Renee’ Turpa and Alex Adrian adding color commentary. Links to live video, audio and stats will be available on ValpoAthletics.com.