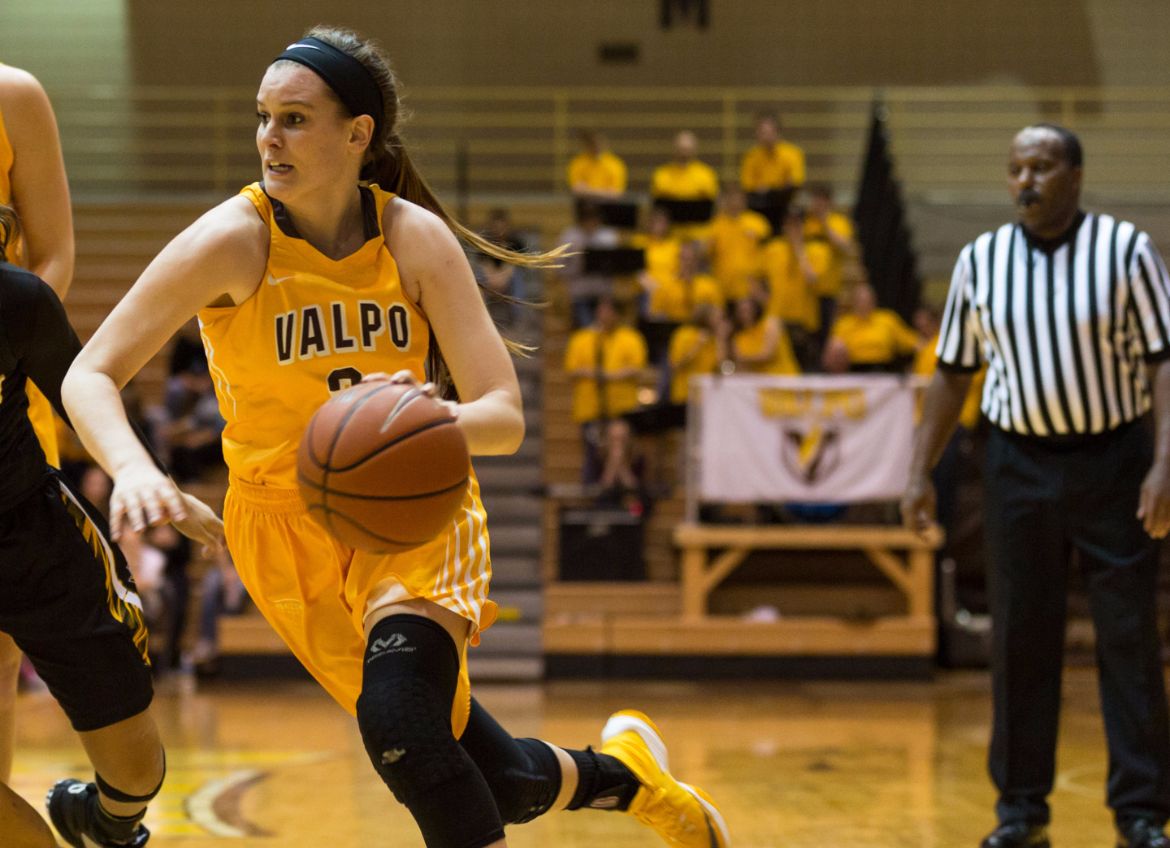 Valparaiso University women’s basketball player Dani Franklin (Cedar Rapids, Iowa / George Washington) continued to perform at a high level on Friday night as the junior posted her fifth double-double of the season and third in the last 13 days, but Northern Kentucky emerged victorious 70-55 at the Athletics-Recreation Center. The Crusaders struggled from beyond the arc, going 3-of-15 (20 percent) from 3-point range.

The Crusaders will attempt to get back on track as they welcome Wright State (14-5, 6-1 Horizon) on Sunday at 5 p.m. CT in the back end of a men’s-women’s double header. The game can be seen on ESPN3, WatchESPN.com and the ESPN app with David Horak (play-by-play) and Renee’ Turpa (color commentary) on the call. The broadcast can also be heard on 95.1 FM Valparaiso, WVUR. Links to live audio, video and stats are available on ValpoAthletics.com.