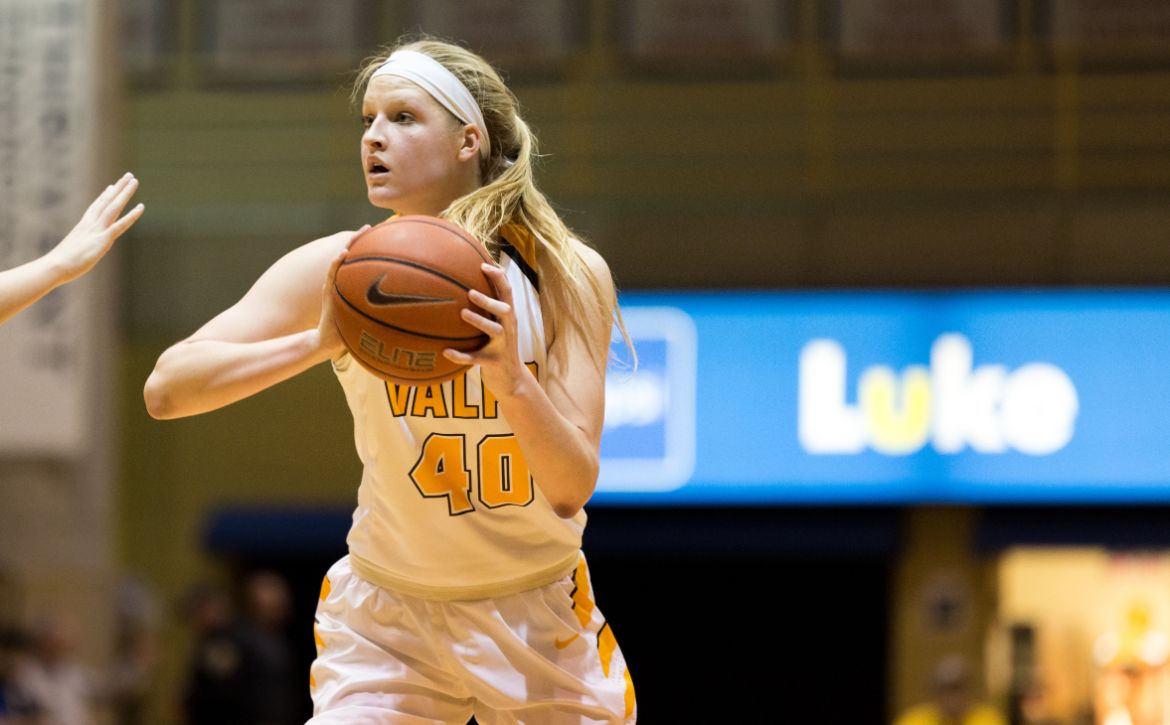 Caitlin Morrison has started each of the last three games for the Crusaders.
Valparaiso at UIC | January 28, 2017
Related Links
Related Links

Next Up in Crusader Basketball: The Valparaiso University women’s basketball team will return to the site of its most recent regular season Horizon League triumph in hopes to repeat last season’s success at the UIC Pavilion. After five consecutive days without a game, both teams enter the showdown hungry for their first league victory of the season.

Last Time Out: The Crusaders mounted a 16-6 lead after one quarter on Sunday night against Wright State, but the Raiders stormed back to outscore Valpo 17-4 in the second quarter of an eventual 65-52 victory. Haylee Thompson led Valpo in scoring for the first time since Dec. 7, 2015 (Cardinal Stritch) by scoring 15 points, one shy of a career high. Valpo made 20 turnovers to Wright State’s six, allowing the Raiders to outscore the Crusaders in points off turnovers 22-3. The Raiders prevailed despite shooting just 29.9 percent.

Following the Crusaders: Saturday’s game and every game for the remainder of the season will be available on ESPN3, WatchESPN and the ESPN app. In addition, Saturday’s affair can be heard on 95.1 FM Valparaiso, WVUR with Jordan Morandini, Renee’ Turpa and David Horak. Links to live video, audio and stats are available on ValpoAthletics.com.

Series Notes: A series that dates all the way back to 1980 has been played evenly over the years, as UIC enters Saturday with a narrow 23-22 edge all-time against Valpo. The Crusaders have played the Flames more than any other team. The Flames had a five-game winning streak in head-to-head matchups extinguished in last year’s regular season finale, when Valpo went to the Windy City and came away with an 80-74 victory. Four Crusaders finished that game in double figures, including Franklin (16) and Thompson (14). The Flames beat the Crusaders at the ARC 54-50 last season.