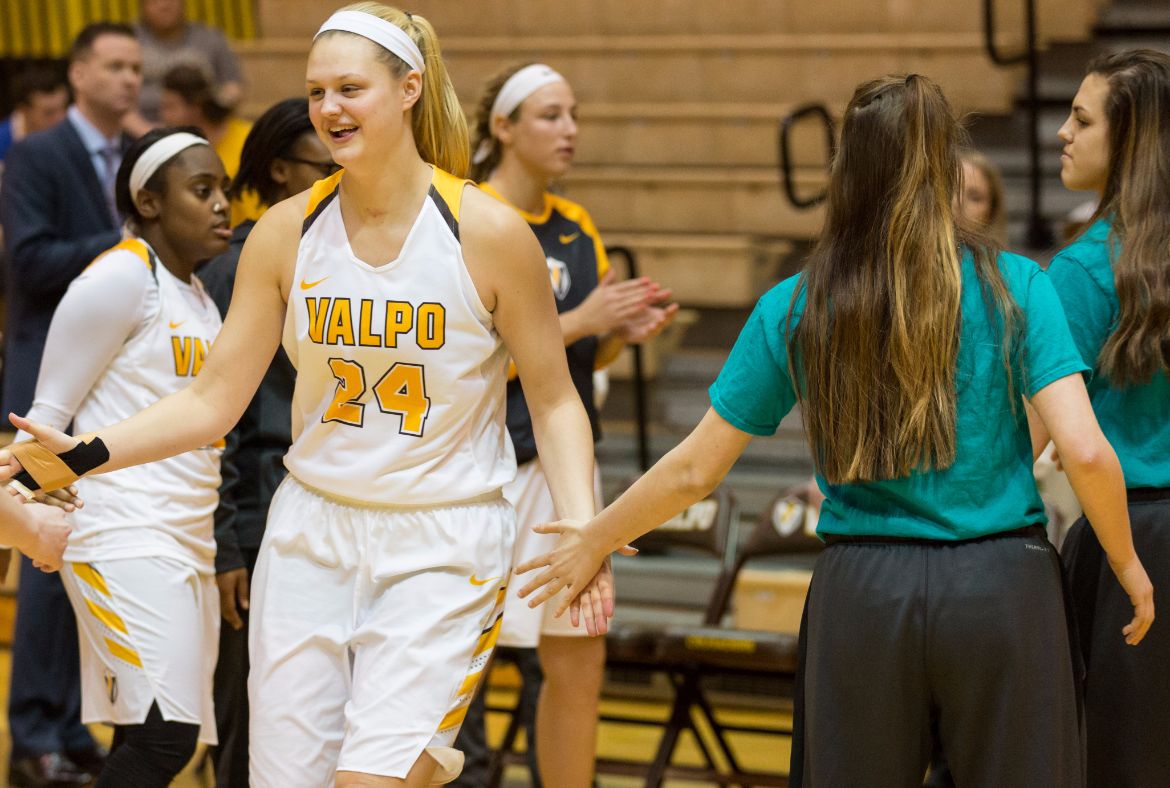 Amber Lindfors leads the league and ranks 26th in the nation with 2.38 blocks per game.
OAKLAND at Valparaiso | February 16, 2017
Related Links
Related Links

Next Up in Crusader Basketball: The Valparaiso University women’s basketball team will try to make it back-to-back wins for the first time since Nov. 25 and consecutive Horizon League victories for the first time since Jan. 23, 2016 as they welcome Oakland to the Athletics-Recreation Center on Thursday evening. Valpo’s defense has been its strength in recent games, but it faces a tall test in the league’s No. 1 scoring offense on Thursday.

Last Time Out: The Crusaders allowed the fourth-fewest points in program history in Saturday’s 41-32 victory over Northern Kentucky. Amber Lindfors filled the stat sheet with seven points, four blocks and a career-high 17 rebounds. The Crusaders shot just 25 percent, but they held the Norse to 21.3 percent shooting. Saturday marked the fewest points allowed against a Division I opponent since 2010. In the process, Valpo also snapped a 10-game road losing streak.

Following the Crusaders: Thursday’s game and every game for the remainder of the season will be available on ESPN3, WatchESPN and the ESPN app. In addition, audio can be heard on 95.1 FM Valparaiso, WVUR. David Horak will have the assignment of providing play-by-play, with Liam Bodlak and Renee’ Turpa adding color commentary. Links to live video, audio and stats are available on ValpoAthletics.com.

Series Notes: Valpo and Oakland lock horns on Thursday evening with the Crusaders trailing the all-time series 18-11. The Crusaders defeated the Grizzlies last season at the Athletics-Recreation Center, picking up an 81-66 victory. The first time the two teams met resulted in a 104-63 Oakland victory, Valpo’s second-most lopsided loss of the year behind only Notre Dame. The Grizzlies outscored the Crusaders on points off turnovers 42-9. That game was the most points allowed by Valpo in a conference game since March 5, 1993, a 117-106 loss to Youngstown State during Valpo’s first season in the Mid-Continent Conference.