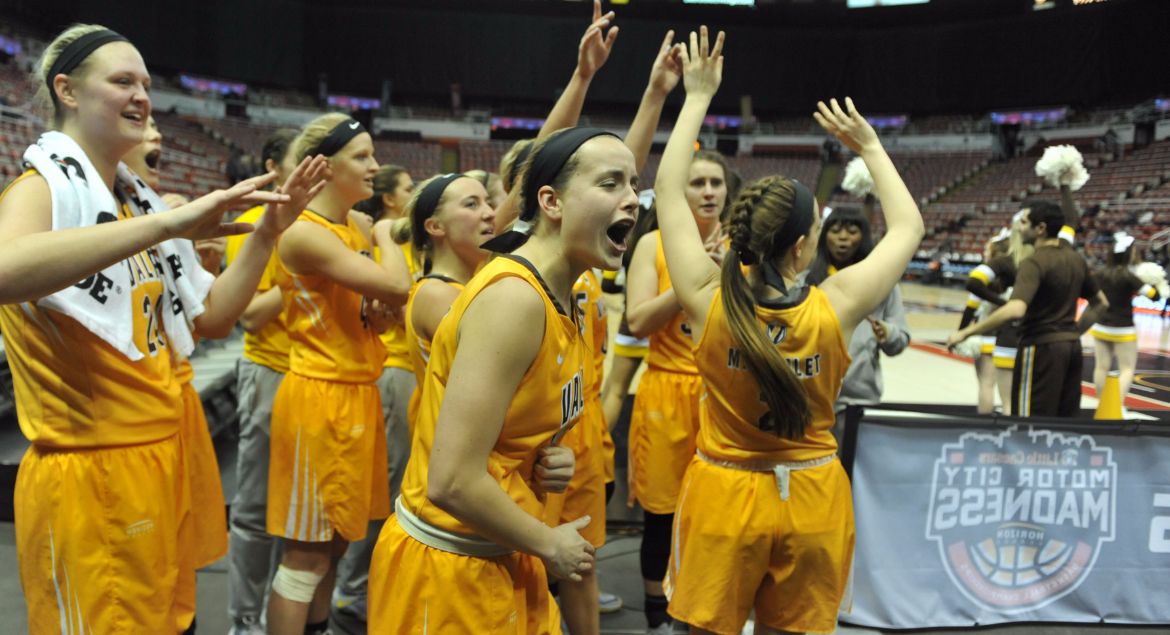 When the stakes were the highest, the Valparaiso University women’s basketball team came through with one of its best performances of the season on Friday afternoon. The ninth-seeded Crusaders dispatched eighth-seeded Youngstown State 79-62, extending their season at least another day and advancing to the quarterfinals of the Horizon League Tournament at Joe Louis Arena in Detroit. The Crusaders received contributions from up and down the roster while compiling a shooting percentage of 49.3 and pulling down an eye-popping 52 rebounds against Youngstown State’s 26.

Valpo will have no choice but to embrace the role of underdog as it faces top-seeded Green Bay (24-5, 15-3 Horizon) on Saturday at 10:30 a.m. CT. The Phoenix, a yearly Horizon League powerhouse, will be playing their first game of the tournament after earning a first-round bye. The game can be seen on ESPN3 with Andy Masur (play-by-play) and Kelley Deyo (color commentary). The hometown call is available on 95.1 FM Valparaiso with David Horak (play-by-play) and Renee’ Turpa (color commentary). Links to live video, audio and stats will be available on ValpoAthletics.com.