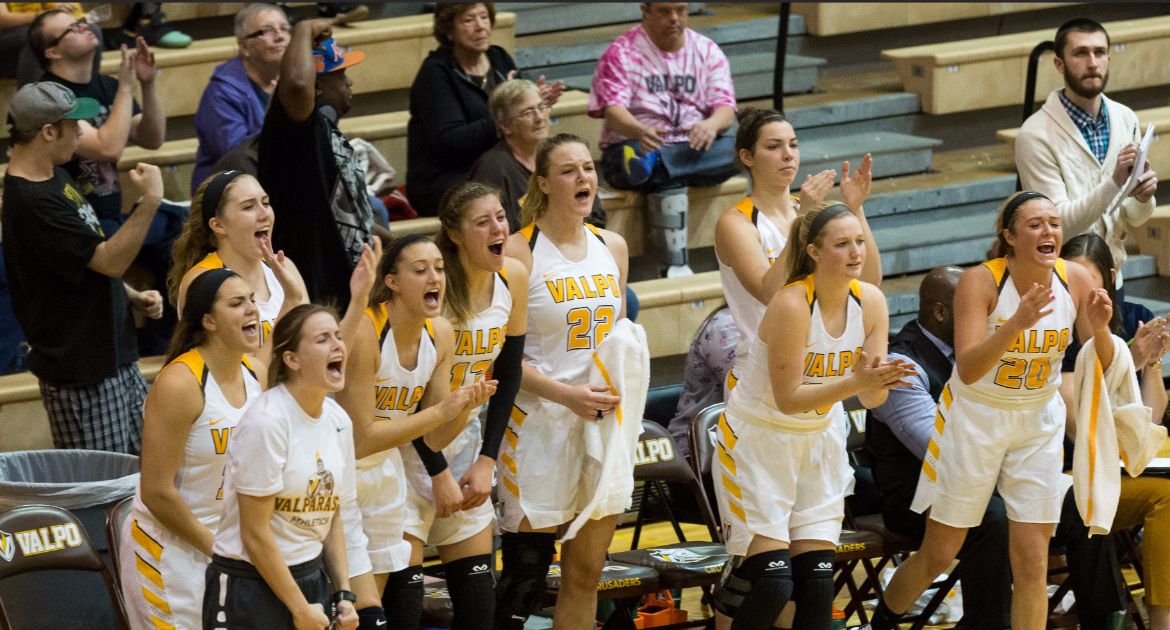 Next Up in Crusader Basketball: The Valparaiso University women’s basketball team will begin a stretch of four consecutive road games on Tuesday night in Bowling Green, Ohio. The Crusaders hope to make it back-to-back wins and three victories in four games as they clash with the Falcons.

Last Time Out: In a game where every player filled her role, the Crusaders fended off Grand Canyon for an 80-75 triumph on Saturday at the Athletics-Recreation Center. The Antelopes attempted a 3 that would have tied the game in the final 10 seconds, but Caitlin Morrison blocked the shot – her career-high fifth rejection of the game. Freshman Nicole Konieczny started at point guard and scored eight points to go along with seven assists, while Dani Franklin (23), Meredith Hamlet (14) and Grace Hales (10) all scored in double figures.

Following the Crusaders: Tuesday’s game can be seen on ESPN3 courtesy of Bowling Green Athletics. In addition, the hometown radio call can be heard on ValpoAthletics.com via UStream with Payton Ball (play-by-play) and Brandon Vickrey (color commentary) on the call. Links to live video, audio and stats are available on ValpoAthletics.com.