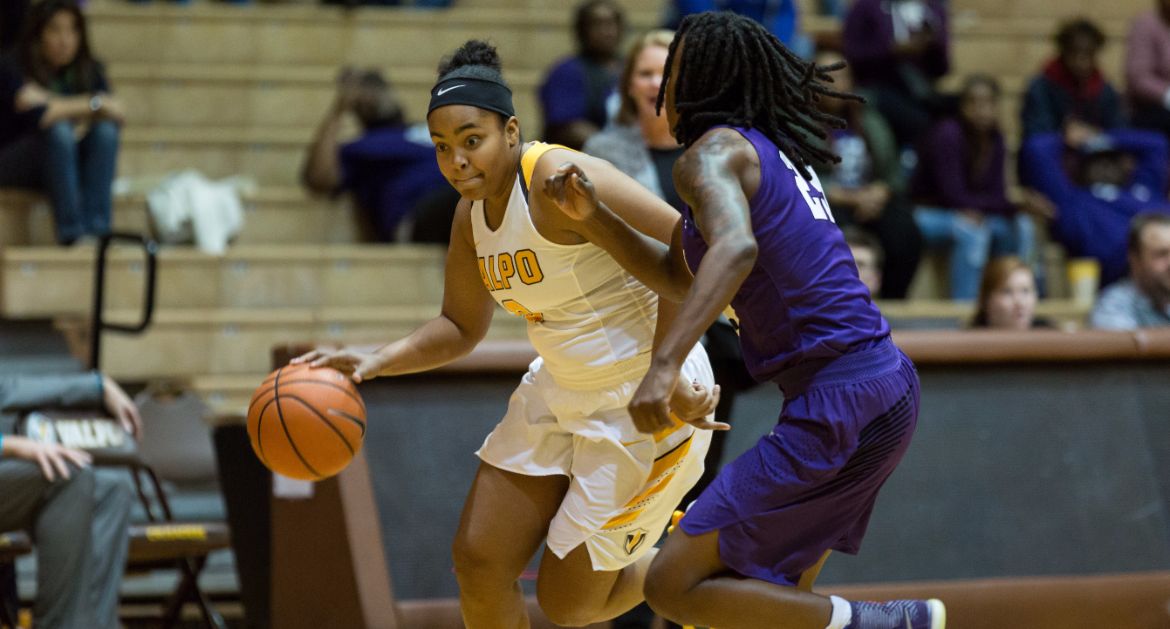 Two Valparaiso University women’s basketball underclassmen point guards combined for 24 points, nine assists and just one turnover on Tuesday at the Stroh Center in Bowling Green, Ohio, but host Bowling Green shot 53 percent on its way to a 90-77 triumph. Freshman Nicole Konieczny (Granger, Ind. / South Bend Saint Joseph) was two assists shy of a double-double as she had eight to go along with a career-high 13 points, while Maya Meredith (Indianapolis, Ind. / Cathedral) also reached a career best with 11.

“We came out really strong. We started out hitting shots and defending very well. Our rotations were good and we forced them to rush their offense. After that, we lost our defensive focus and struggled on the offensive side of the ball as well. We got to halftime and talked about the turnovers and our rotations. We got a lot more aggressive on the offensive side in the second half. One area that hurt us tonight was defensive rebounding. It was a 50-50 ball every time they shot it. We didn’t stay active defensively.”

“There were some definite bright spots, but we need to do a much better job defensively. There were too many times we didn’t come up with it and they made a big play. I’m proud of our team for fighting to the end, but we just had too many lapses tonight.”

“Maya was ultra-productive for the minutes she played. She was a lot more aggressive offensively, looking for her shots and trying to score. Nicole attacked the paint, took shots when she needed to and was under control enough to make plays and make the right passes. I’m pleased with the fact that they had nine assists and only one turnover; that’s a big deal. I’d like to see them both defend better. We need to learn from this loss and continue to get better.”

The Crusaders will play back-to-back games in the state of Virginia on Saturday and Sunday, beginning with Saturday’s showdown with Liberty that starts at 3 p.m. CT. on the Big South Network and ESPN3 with Rett McGibbon (play-by-play) and Kelley Deyo (color commentary). In addition, the game can be heard on WVUR, 95.1 FM Valparaiso with Ben Ariano (play-by-play) and Brandon Vickrey (color commentary). Links to live video, audio and stats are available on ValpoAthletics.com.