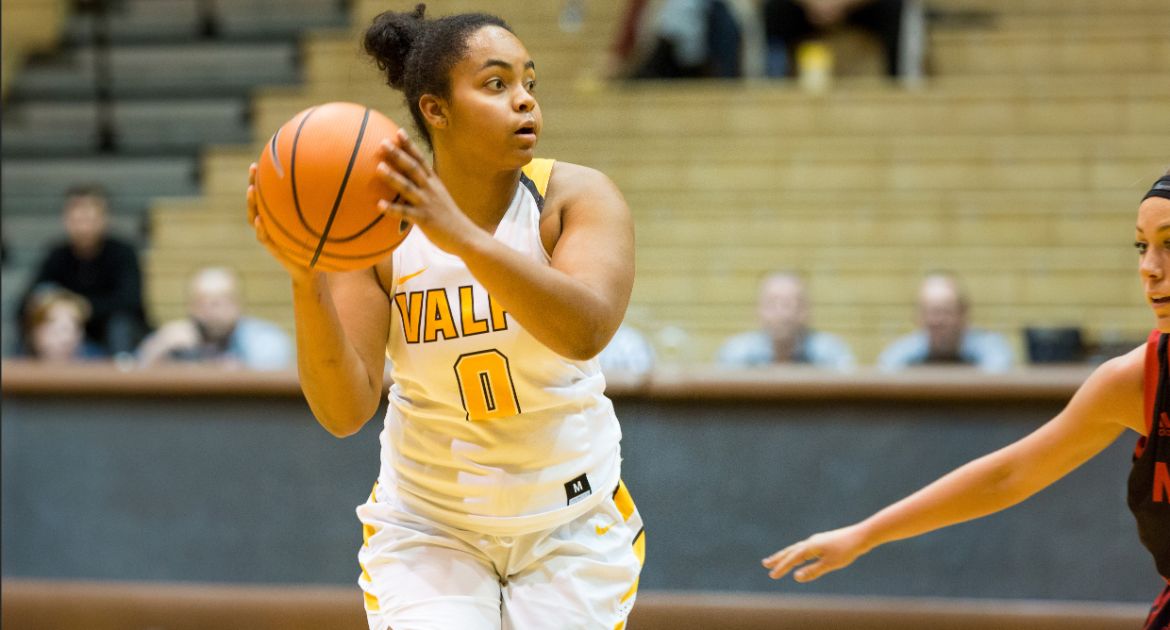 Valparaiso University women’s basketball sophomore Maya Meredith (Indianapolis, Ind. / Cathedral) made her first career start one that won’t soon be forgotten on Friday night at the Athletics-Recreation Center. With teammate Nicole Koneiczny sidelined by an illness, Meredith stepped in as the starting point guard for Valpo’s 99-59 win over IU Northwest. Meredith dished out 16 assists, shattering a single-game program record of 14 that had stood since 1992.

On Maya Meredith: “I’m so proud of her. She has had court vision her entire career; that’s what we liked about her when we recruited her. She showed that tonight and she displayed that in the fourth quarter against Chicago State. Maya is starting to step up and will hopefully continue to come into her own.”

On Meredith Hamlet: “She was ready to score. She caught the ball ready, ran the floor and got to the right spots. She was very focused on both ends. She did a good job on the defensive end leading the charge vocally and being more aggressive.”

On Bryce Blood: “Bryce Blood had a great first half and played well early in the second half. It didn’t really show up on the stat sheet, but her running the floor set up opportunities for other players. Bryce was always in the right place at the right time.”

On Offensive Improvement: “They’re catching the ball ready to shoot. We’ve been getting more shots up in practice. Seeing the ball go in will continue to give us more and more confidence. We’re passing the ball well so that our shooters are in good positions to knock those shots down.”

The Crusaders will hit the road for a noon CT tip at Eastern Illinois on Monday in Charleston, Ill. – the final nonconference road game of the season. The game can be seen on the OVC Digital Network and heard on 95.1 FM Valparaiso with Ben Ariano and Brandon Vickrey. Links to live video, audio and stats are available on ValpoAthletics.com.